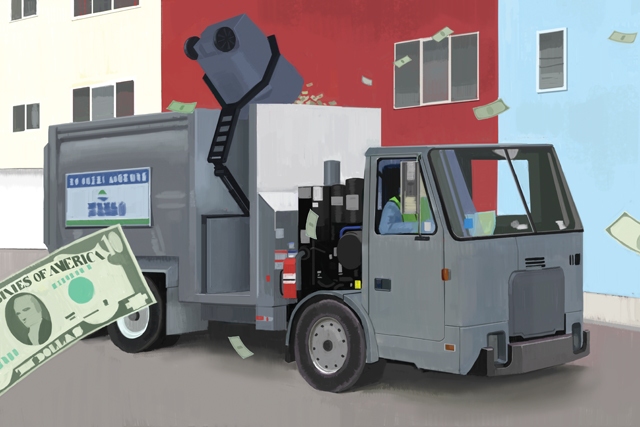 Oakland is suing its recycling contractor, alleging that the company is overcharging apartment building owners by millions of dollars.

However, the city now is suing California Waste Solutions, alleging that the company has been fleecing Oakland apartment building owners for potentially millions of dollars.

The city’s lawsuit, filed in Alameda County Superior Court, accuses California Waste Solutions, or CWS, of overcharging apartment building owners by up to $9,000 a year. The city says the company is exploiting an accidental omission of a line in the recycling contract, potentially costing multiunit residential building owners tens of millions of dollars over the length of the 20-year agreement.

“CWS must be prevented from taking advantage of a mere draftsman’s error in the rate table to gain an unjust, undeserved, and oppressive windfall,” attorneys for the city wrote in the lawsuit.

CWS counsel Sooah Sohr argued in a written statement that there was no mistake in the contract and that the city is being unreasonable. “CWS has been offering to meet with city officials who have the authority to resolve the city’s concerns for many months,” Sohr wrote.

The growing conflict between the city and California Waste Solutions represents a sharp contrast from three years ago. In July 2014, councilmembers touted their “historic” decision to turn the city’s trash collection services over to the smaller recycling company. They cited a strong desire to support a local minority-owned business over Waste Management, a massive Texas-based company that provides trash pickup to 21 million customers in the United States and Canada.

CWS was founded in West Oakland in 1990 by David Duong, a Vietnamese immigrant. Although the business has grown substantially and expanded to San Jose in 2000, it has never handled a city’s entire trash pickup service and would have needed a massive equipment investment to do so. The city staff analysis in 2014 raised serious concerns over whether California Waste Solutions could ramp up its operation in time to take over the $1.5 billion contract. Waste Management argued it couldn’t and that the city’s process for awarding the contract was unfair.

An Alameda County Civil Grand Jury report in June 2016 largely confirmed Waste Management’s complaints about the process, calling it “tortured.” The report found that despite strong staff objections, the city gave California Waste Solutions the contract after a series of closed-door and rushed negotiations that lacked transparency.

The council also cited cost as a reason to go with California Waste Solutions after it promised to do the job more cheaply. Councilmember Rebecca Kaplan told the San Francisco Chronicle at the time, “We saved the public $200 million.”

But allegations of overcharging have dogged both providers since the contract started on July 1, 2015. Oakland restaurant owners complained loudly about Waste Management’s exorbitant compost rates. And California Waste Solutions soon approached the council asking for its own rate increase, arguing that it didn’t receive the correct customer data for the larger recycling contract. The city alleges that after the council denied CWS’ rate hike request on Sept. 29, 2015, California Waste Solutions began to overcharge multiunit residential building owners.

California Waste Solutions’ actions involve “push rates” for plastic recycling carts that hold up to 96 gallons. For single-family homes, the service for retrieving and emptying these carts from backyards or garages costs a flat rate of $27.85 per cart per month. According to the city, negotiations with CWS indicated that this rate would be the same for multiunit buildings.

However, California Waste Solutions contends that the contract actually allows it to charge much higher rates for apartment buildings—the same rates it charges for pushing to the curb large metal recycling bins that hold up to seven times as much as the plastic carts. “The recycling contract between the city and CWS explicitly allows CWS to charge different rates for providing non-curbside service to multifamily and single-family customers,” CWS officials said in their statement.

City Attorney spokesperson Alex Katz said the city is merely seeking to protect Oakland residents. “Oakland was forced to file this lawsuit because CWS has refused to budge from its clearly unreasonable position,” Katz said in a statement.

Apartment building owners have also leveled allegations of overcharging against Waste Management’s push rates. Jill Broadhurst,  executive director of the landlords’ group, East Bay Rental Housing Association, said in an interview that the city never acknowledged receiving two complaint letters from her group. In June 2016, the association sponsored three Oakland landlords in suing the city, alleging that multifamily dwelling rates for trash pickup had gone up as much as 500 percent under the new contract.

“Due to the city’s lack of response and acknowledging what our members and rental property owners in the city were going through for many, many months with these rate hikes … our association felt we were provoked into suing the city,” Broadhurst said. The city is fighting the lawsuit and will return to court on May 12.

Meanwhile, at least two companies have sprung up in Oakland, offering lower prices to push garbage, recycling, and green waste bins to the curb, as first reported last September by the San Francisco Chronicle.

A case management conference for the city’s suit against California Waste Solutions is scheduled for August in Oakland. The city is seeking to amend the contract with the missing line and for damages to the affected building owners for breach of contract and bad faith negotiations. 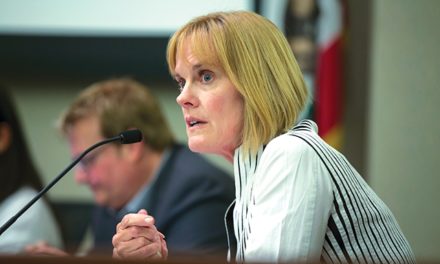 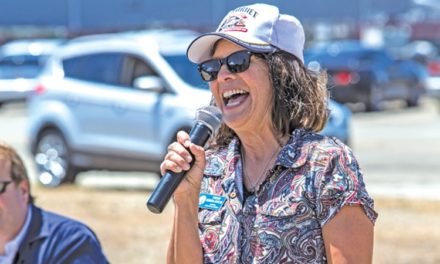 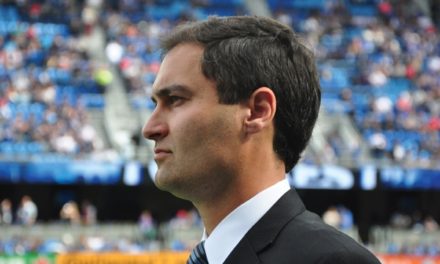 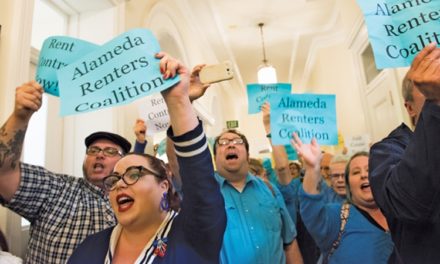