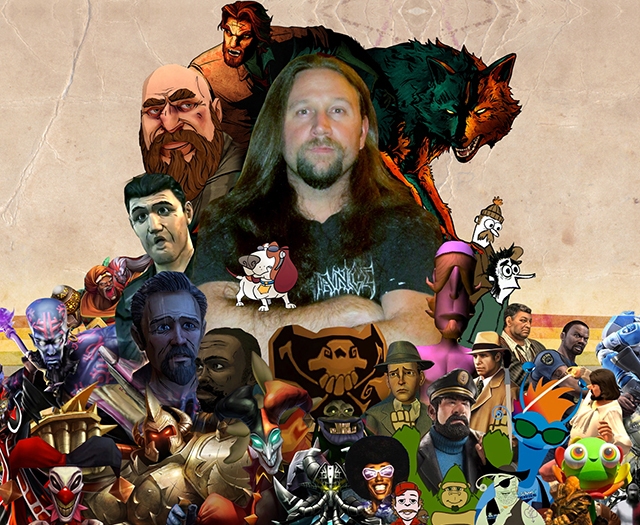 Adam Harrington, who grew up in Oakland, has parlayed his voice into a successful voice-over career. Lately, you’ll hear him a lot on gaming platforms.

Life in a phone boiler room can be pretty monotonous, especially when things are slow. To spice things up, Oakland’s Adam Harrington used to make his telemarketing calls to various parts of the country in the predominant accent there. Calling the South he’d get all down-home. In the Northeast, he’d come across like he was auditioning for Scorsese’s next blockbuster. Fergetaboutit. Not only did he end up entertaining his fellow cubicle farmers, he racked up the sales. Emboldened by the response and facing the downturn in the telemarketing industry due to the advent of caller ID, in the late 1990s Harrington took lessons from Lafayette voice acting guru Susan McCollom of the Susan and Friends Voice Media school, where Harrington now teaches. Possessed with a deep set of pipes, Harrington initially wanted to do voice-overs for movie trailers, but as McCollom told him, the industry will take you where it wants, not the other way around. For Harrington in the early 2000s, that meant the burgeoning Bay Area video game industry — a niche that’s sustained him ever since with roles such as Bigby Wolf in the game The Wolf Among Us and more recently as Groot and Lockjaw in Marvel Ultimate Alliance 3: The Black Order. I caught up with Harrington recently to see if he had any pointers for all the would-be voice acting stars out there waiting for their big break.

Paul Kilduff: Having grown up in East Oakland, how would you describe your accent?

Adam Harrington: Oakland’s got this weird history. I mean, the Southern accent, among other things, is particularly organic, I think to me, because after World War II, a lot of folks from Louisiana, Houston, came up to work in the docks. And so that Oakland accent, it’s got a real taste of the Southern accent up in it. Honestly, I had to teach myself how to talk like a stick-up-his-ass white guy.

PK: You do some characters that would be described as being black. You’re not black. Do you ever get any flak about that?

AH: No. In fact, this may sound a little corny, but I think in our country, especially nowadays, it’s kind of a misnomer to say someone has a “black accent” or a “white accent.” I think it’s really about region, it’s about upbringing, and it’s hard to explain. I grew up with the East Oakland patois and in a rainbow coalition neighborhood where we had Asian kids, Hispanic kids, white kids, black kids, and we all talked the same, because that’s just what we grew up with.

PK: There’s this idea out there that anybody can do voice-overs. Do you get that a lot? Where do you think that comes from?

AH: Anybody can be an astronaut, too, or a fireman.

PK: Actually, anybody can do interviews, but that’s another story.

AH: Actually, the one that gets me, and most voice actors quietly grumble and commiserate about it, is when we tell people what we do, more often than not, someone will go, “Hmm, I could do that. I’d like to do that.”

AH: Totally devalues what you do. But I think the best cure for that is to just to put someone behind a microphone. You don’t even need a big studio and glass and a writer and director and producer behind there to put the pressure on. You can just turn on a microphone and say, “OK, read this.” And immediately they will be cured of this misguided thought that anybody could just get behind a microphone and do it. And one of the other things that bugs us is when people say, “Do you do any real acting or just voice acting?” When I teach, I have to drill it through students’ heads, and I have to keep reminding them, to not just stand there like a stiff board. You’ve got to use your instrument. I cringe when I say that, but it’s true. Use your hands. You’ve got to get incredible expressions on your face that would look ridiculous on camera, but all of it comes through in the read. Even with a big smile. Anytime I’m directing someone in a class or even a gig, especially a commercial, I have to go in there with them sometimes and lift up the corners of their mouth, because that smile will come through on the read.

PK: I think we’ve kind of accepted that celebrities are doing tons and tons of voice-overs, especially for animated features.

PK: Right. How does the voice-over community in general feel about that? I know there was some bitterness about it, but is that still the case?

AH: You know what, there is. And I will admit that early on, I bought into that, but I’ve been doing this long enough to know that nothing is a given. And even the big stars, any actor, the job we have that we’re working on at any given moment, is a finite job, and we are out of work as soon as we stop it. And that goes for the blue-collar voice actors like me, right up to movie stars. There’s no guarantees, and they’re doing their job; they’re accepting gigs. And I don’t see how anybody could really give them shit. It’s not like they’re crossing some picket line. “They’re taking my job!”

PK: The voice-over actors picket line — where is that exactly? Burbank? You’re voice is on a lot of video games, but do you play them?

AH: These days I’m so much of a gamer that, especially as big and epic as the games are today, I have to pace myself. Like when the new Grand Theft Auto came out, I found myself disappearing into the ether for like a week. But, yeah, absolutely. I think it certainly gives me a leg up when it comes to auditioning and nailing roles. I’ve worked with a lot of great voice actors who have done huge national commercial campaigns, huge animated shows, but have never picked up a video game controller. There’s a few. I won’t name names, but friends of mine when they’re doing interviews would almost braggingly say, “I’ve never picked up a video game controller in my life, and I’m doing this video game character.” And in my mind, that’s almost like De Niro or Pacino saying, “Well, I’ve never watched a movie in my life, but this is what I do.”

AH: The boy next door.

PK: What is that all about?

AH: The big, deep voices when I got into voice-over were still in vogue. And most of the announcers on commercials, and narrators and things like that, were still the big Don Pardo deep voice. This “I AM AN ANNOUNCER”-type thing. Whereas nowadays, more often than not, they’ll only book for big “announcery-sounding” guys if they’re making fun of the big, deep voice. If you listen to radio and TV now, it’s kind of the hipster, millennial, aloof, non-threatening white boy next door.

Got an idea for The Kilduff File? E-mail Paul Kilduff at PKilduff350@gmail.com. 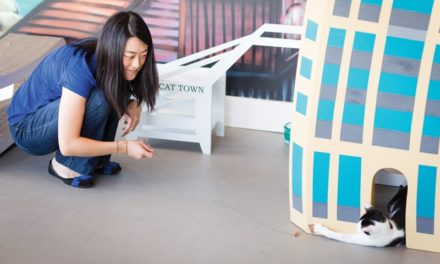 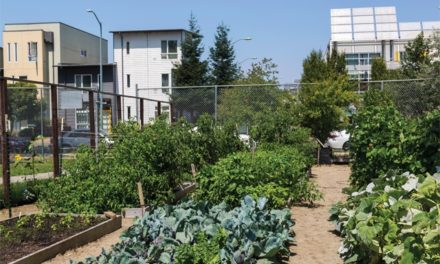 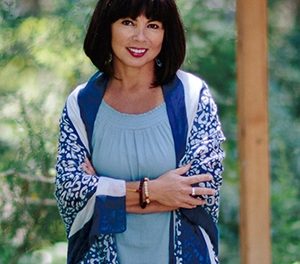 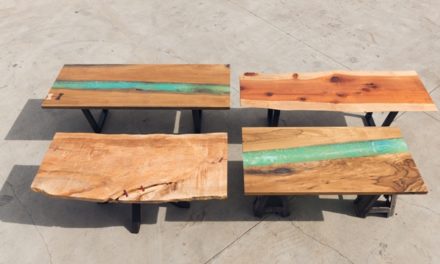 Saved From the Shredder