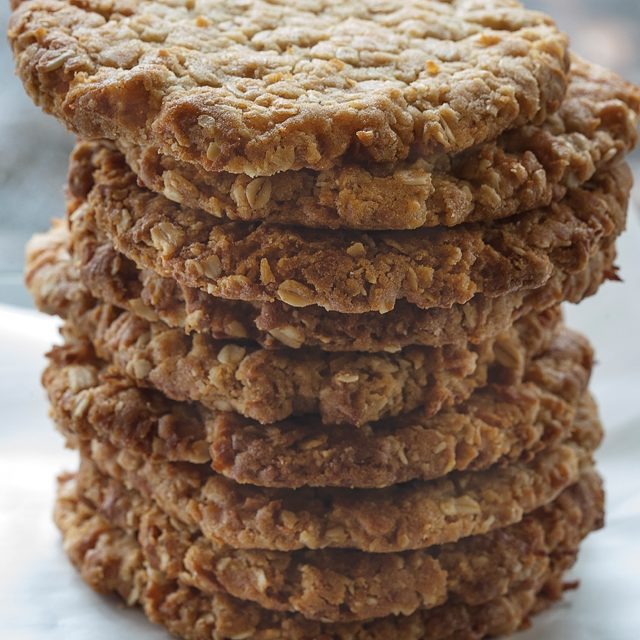 These cookies are an edible love letter from Down Under.

Watching a grandmotherly lady eyeing the oaty-golden Anzac cookies displayed alongside their freshly baked peers at Berkeley’s cozy Hopkins Street Bakery, one might have assumed that she did so because she knew and loved their sentimental origin-story, their historic and patriotic provenance.

Tapping the glass case, she mused aloud: “An. Zac. Cookies. What are those?”

In the Antipodes, the story is well-known, ingrained into the hearts and minds of several generations. During World War I, these sweet treats were expressly designed to be sent in care packages to soldiers fighting in the Australian and New Zealand Army Corps, aka ANZAC, at Gallipoli and other far-from-home posts. The cookies’ signature ingredients—flour, rolled oats, and dried coconut—were chosen for their durability and long shelf life, as was the recipe’s absence of eggs, which in any case were rare during the war years. “Anzac biscuits,” as they were and are called in their native lands, became instant symbols of patriotism—and Antipodean staples, both home-baked and commercially mass-produced.

They’ve been baked for decades at Hopkins Street Bakery, whose version is a bit softer and significantly larger than the hardtacky original biscuits.

“A man and woman from Australia came into the shop one day and told me that during World War II, young ladies sent Anzac biscuits to soldiers on the front lines along with pictures of themselves,” assistant baker Kiran Bragg adds. “This might just be a romantic story that people like to tell, but I think it sounds reputable and adds a pretty cool detail.”

Anzac cookies are traditionally sweetened with the thick inverted-sugar substance known overseas as golden syrup—“but that’s not easy to get in the U.S.A., so we use honey—and, of course, butter,” Bragg explains.

“When people who have never tried Anzac cookies ask me what they taste like, I say they taste like butter and honey on toast. Their coconut flavor isn’t all that strong, so you mainly get that toasted-oaty nuttiness.” 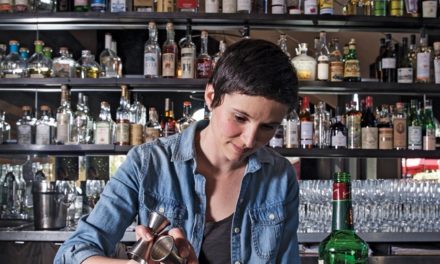 Toasts’ Tippler’s Tea Gets Your Irish Up 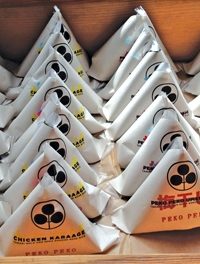 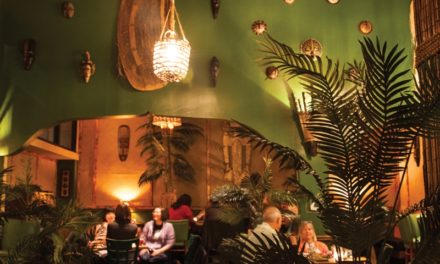 Set Sail for Paradise at Longitude 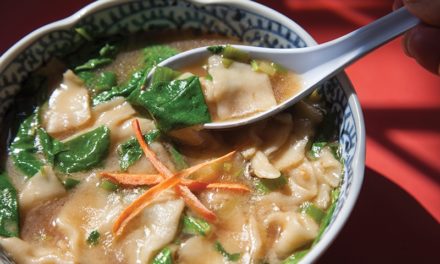 Use Your Noodle at Momo Masala