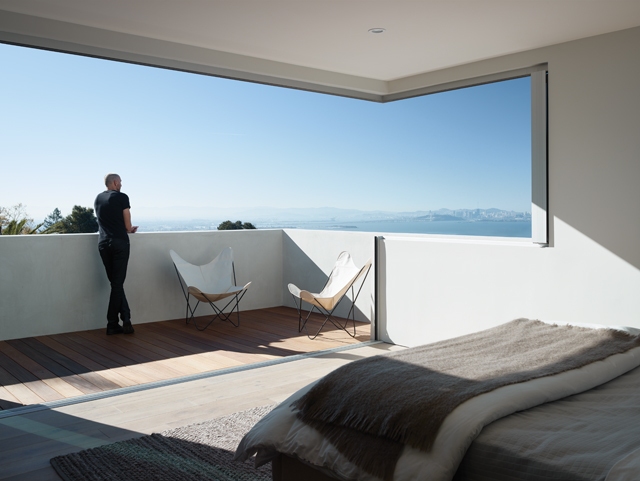 An aging, 1930s-era hacienda-style dwelling in the Berkeley hills has been re-imagined as an ultra modern manse to match stunning near-panoramic views.

When an aging, 1930s-era hacienda-style dwelling in the Berkeley hills became available, Caldecott Properties owner Andy Read snapped it up, because it had the most important thing going for it: location, location, location.

It’s no secret that the coastal East Bay real estate market is on fire. With the median price of homes hovering near the $1 million mark—an increase of 16 percent since 2014—Berkeley is definitely in boom mode. However, even with a dearth of inventory, homes are not selling themselves. Increasingly real estate and listing agents are resorting to highly targeted—and creative—marketing tactics to attract discerning buyers who can afford the hefty price tags, wooing them with sunset soirees replete with noteworthy wines and artisanal cheeses.

Read recently hosted such an event to debut his magnificently reimagined Regal Road property in an effort to attract a selective niche of buyers who can afford to pay for the privilege of a long list of must-haves.

Read partnered with award-winning architect Christopher Haas of HAAS Architecture, who is renowned for his work with Pritzker-prize winning Swiss architects Herzog & de Meuron on the design of the de Young Museum. The transformation of Read’s property from time-stamped epoch to timeless modern masterpiece is nothing short of astounding.

With several incongruous additions and remodels, the hacienda look and feel had been diluted over the years. And, like many of its contemporaries, the home’s foundation needed extensive work. Read originally planned to maintain the original design, but after “getting down to the studs,” it was evident the structure would need more than just a foundation overhaul.

Originally, the floor plan was divided into smallish spaces, all leading to the great room. To take full advantage of spectacular, near-panoramic views of the San Francisco Bay, the redesign involved a lot of structural reconfiguration. After removing numerous walls, Haas reinforced the structure with long-spanning steel beams, while adhering to a modernist sensibility of uninterrupted space for improved flow. NanaWalls throughout the home open the entire westward façade to the outdoors, including a magnificent master suite with private deck.

“We hadn’t planned to go ultramodern, but given the location, and the fact that the lot hadn’t been split—as was the trend in the Berkeley hills in the 1990s—it made good market sense to appeal to a specific buyer.”

In Read’s mind, that buyer is a “grown-up” without children, or possibly older children, looking to keep their kids in the local school district. He thinks there’s also more than a 50 percent chance the buyers might also be looking at downtown San Francisco real estate. However, at the $3.4-million price, buyers get a lot more home in Berkeley—not to mention the stunning views.

“Andy and I have a friendly bet on whether the new buyers will have small children or not. The flow and spatial arrangement of the home is very open and inviting. All three floors are thoughtfully designed, so no matter what level you’re on, you feel continually connected,” says Haas.

“I have two children who would love running up and down to the various floors. The main rooms all open to the outside, and the front and backyards are connected through a breezeway. It’s very welcoming—a great home for any family.”

A property this pedigreed won’t be on the market for long. The only question that remains is: Who’s buying dinner for whom? And where. 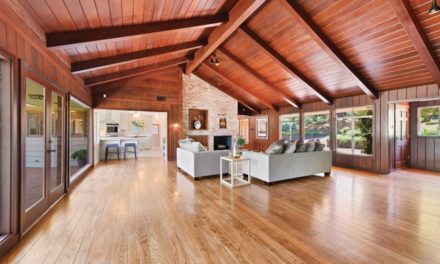 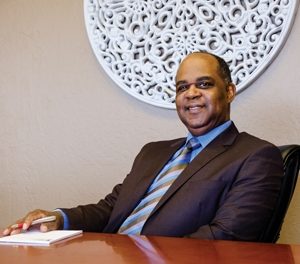 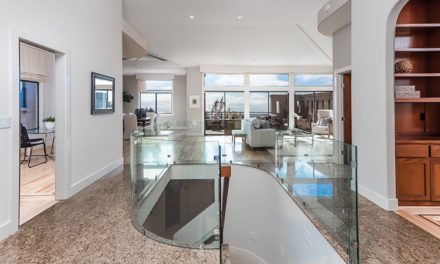 17044 Broadway Terrace Is Full of Surprises 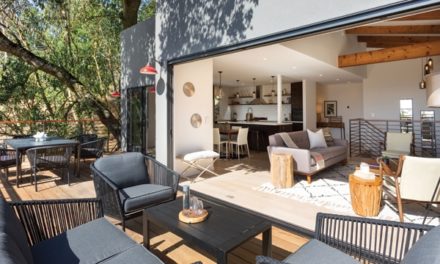