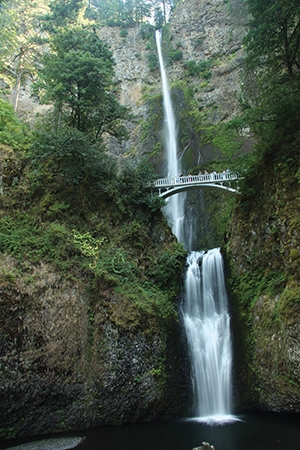 Be prepared to fall for the area’s 77 waterfalls, comprising this continent’s highest concentration of cascades. But the Columbia River Gorge’s other natural and manmade attractions delight as well.

What if everything in your current workaday world was exactly the same but with waterfalls?

Crashing down skyscraper-high basalt cliffsides, ribboning over ridges past peaky pines to plunge silkily in a roaring, racing, liquid-pounds-land symphony, at least 77 waterfalls — comprising this continent’s highest concentration of cascades — leap and lurch along Oregon’s Columbia River Gorge, which is actually unlike your current workaday surroundings, except for the abundant craft beer.

Marking the state line between Washington and Oregon, created inch by multi-layered-ancient-volcanic-rock inch as the Columbia River spent 12,000 years carving its sometimes frenzied but sometimes calm, mile-wide, mirrory way through the Cascade Mountain Range, this 75-mile stretch of all-weather wonders — 4 miles deep at its deepest, designated a National Scenic Area — ranges from rainforest to sun-swept grassland. Its numerous trails have now reopened after having been closed because of 2017’s Eagle Creek Fire.

A 30-mile drive — or Mount Hood Express shuttle ride, the state’s best bargain at $2 — east of Portland, the gorge was favored by indigenous tribes who convened here to trade regional wares such as camas roots, elk hides, and bison jerky. Explorers Meriwether Lewis and William Clark traded with tribespeople during their 1805 westward journey, followed by covered-wagon emigrants riding what is now called the Oregon Trail, whose last — and most perilous — leg partly circled Mount Hood, the gorge’s white-capped crown jewel that now attracts skiers from around the world.

Transcend time along Oregon’s Historic U.S. Route 30 and the Historic Columbia River Highway: Known by highway hobbyists as the “King of Roads,” it’s a looping, viaducted masterwork of engineering built between 1913 and 1920 to let drivers not only safely span but also see in all their glory the gorge’s steep grades, bluffs, and waterways.

Historic gorge hot spots include Vista House, a jewel-boxishly elaborate 1918 Art Nouveau hexagon housing a museum and standing in surreal contrast to its fiercely foresty setting; the powerful Colonial-Revival-style Bonneville Lock and Dam, completed in 1938; and the remains of its predecessor, now known as the Cascade Locks Marine Park. Its jaunty triple-decker sternwheeler riverboat and easily accessible mid-river Thunder Island offer alluring views of the Bridge of the Gods, a natural dam created by a 12th-century landslide. And last August, the National Neon Sign Museum opened in a 1920s Colonial-style former Elks Temple in The Dalles.

Make the gorge a glorious day trip from Portland, or better yet stay and indulge — at Mount Hood’s 6,000-foot-high, fir-and-boulder Timberline Lodge, whose architect also designed Yosemite’s Ahwahnee Hotel; or at Wonser Woods Estate, a luxurious B&B on a 622-acre forested farm.

Fed by underground springs and a tourist magnet since 1884, Multnomah is Oregon’s tallest falls at a two-tiered 620 feet. Elsewhere in the gorge, 12-foot Husum Falls is the nation’s tallest commercially raftable cascade.

And that’s worth knowing, because nothing better sings the psalms of this wet-dry, low-high wonderland of contrasts than a waterfall. 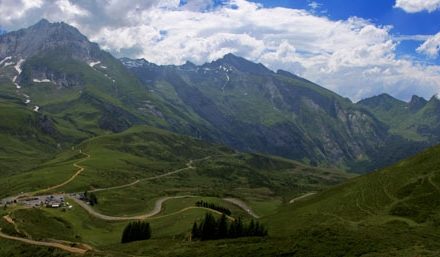 Heading Heavenward in the Pyrenees 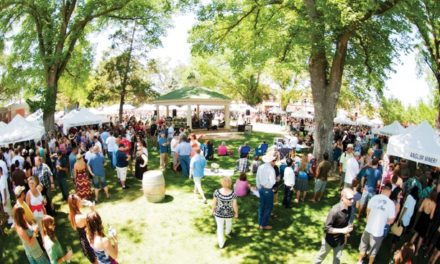 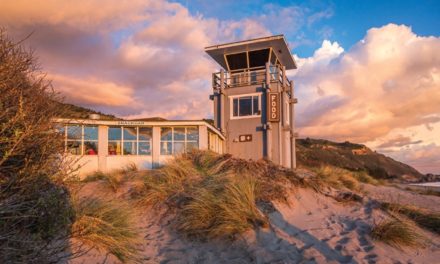 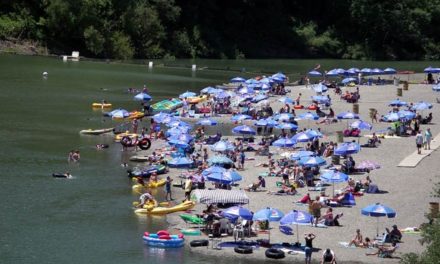