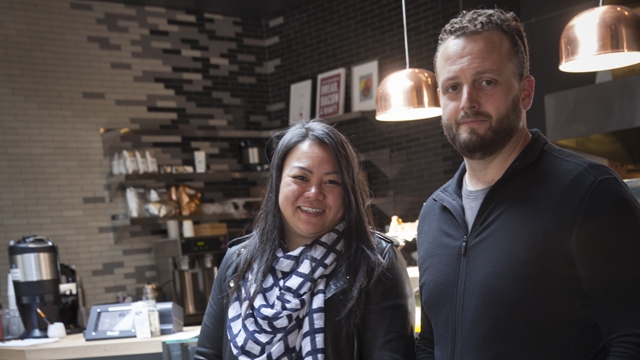 Co-owners Ann Thai and Loren Goodwin of The Gastropig know what people want: bacon, though sandwiches and frittatas work, too.

Hashtag and all, that’s the name of the best-selling dish at The Gastropig, the breakfast-sandwich hub that opened in January. Its simple ingredients include applewood-smoked bacon crowned with an over-easy egg—which is not permitted to exit the kitchen if its yolk is broken—along with sharp cheddar cheese and Aleppo-chili oil inside a gleaming golden brioche bun.

“It has attracted people from as far away as Redwood City and San Jose who come here wanting to try it,” said co-owner Ann Thai. “It’s such a compliment that people love it so much.”

Thai said that while touring the Franklin Street space that is now the restaurant, she and her business partner Loren Goodwin “happened to have a hankering for breakfast sandwiches. We both love them, so we thought: Where can we get some?”

Finding none, they realized what the neighborhood needed. The two are also involved in other shared projects, including Jack London Square’s Rock & Polish salon and the planned Newberry Market in the downtown’s Sears building.

“We wanted a very hyper-focused menu,” Thai said. “Long gone are the days when restaurants had 30-page menus.

“We wanted to bring back classic comfort food,” she continued. “Yes, this is food that people can make at home, but we wondered how we could do it better, how we could elevate those seemingly simple dishes that some people haven’t had since they were little kids.”

One nod to exotica is Vietnamese iced coffee, made with condensed milk that is crafted in-house by the same artisan who bakes The Gastropig’s gluten-free bread. Other breads served at the restaurant come from San Francisco’s PAN-o-RAMA Wholesale Bakery.

How do you know your order is fresh? The Gastropig’s kitchen has no freezer. 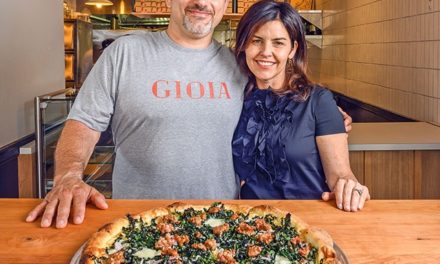 The Story Behind Gioia Pizzeria’s Most Popular Pie 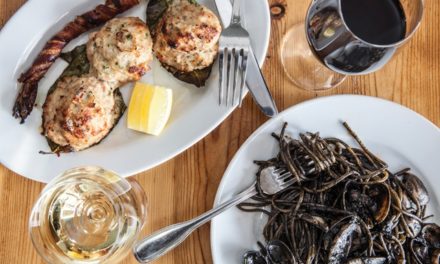 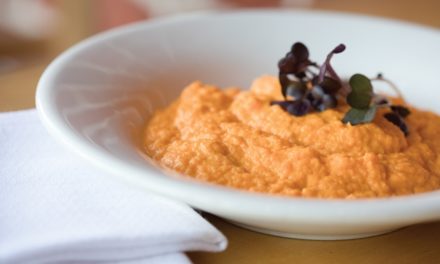 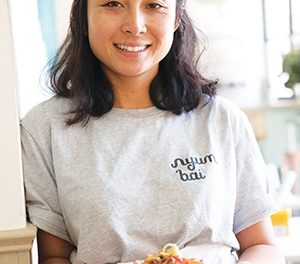