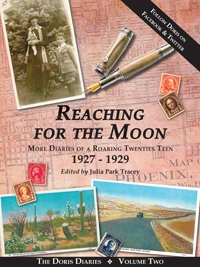 Doris Louise Bailey, a teen in the Prohibition era, writes this over and over in her diaries after a life-threatening bout of scarlet fever. But it’s also an apt summation of how she lived in the years following her brush with death. Reaching for the Moon: More Diaries of a Roaring Twenties Teen (1927-1929) contains Doris’s true-life adventures, breaking rules and hearts along the way. In Portland, Oregon, she’s the belle of the ball, enjoying the attention of several handsome gents. In California, she gets a peek at Hollywood glam. In Arizona, she rides a wild strawberry roan and kisses cowboys. From hospital wards and petting parties to rodeos and boarding school, this older, more complex Doris faces the dawning of the Depression and her own emergence as a young adult with even more humor, passion, and love of life than she showed in her earlier diaries.

About 7:30 the door bell rang and it was Johnny. We played Poker, talked and had a good time. We decided to phone Alyce and not let her know Johnny was here and let Johnny listen upstairs and get her to talk about him and see what she said. He did it just for a joke but I didn’t know she was going to say what she did. She talked terribly about him. Said that the only reason she went with him was because he had the money and she hated him and oh, awful things. I couldn’t stop her when she got started. Finally Johnny could stand no more. He let go a flow of eloquence, gave her the merry ha ha! Broke their date for Friday and hung up. Alyce will simply slaughter me when she sees me but it serves her right. Bet she doesn’t have a chance to make a fool of him again.

Johnny and Frank O’Conner came up this afternoon and we went for a ride. Had a fairly good time but I must admit, I’m terribly disappointed in men. Jack bored me to death last night. The poor little sap hasn’t even a sense of humor. He’s altogether too materialistic. Frank is Irish and supposed to be clever but I was terribly bored this afternoon. I’m through with boys. They don’t even interest me. They’re all the same. I can’t imagine myself ever falling for a boy again. There’s nothing about them to fall for, the conceited animals. And girls are even worse. They’re cats, every one of them. I’m disillusioned in all humanity and especially in Jack. I want to get away from the city. I want to go away. Out in the desert or to the beach or away up in the mountains. Away from curling irons and powder puffs and MEN. Above all, men.

Went to doctor’s office this morning. That’s all. But the big excitement is that the North Western Bank went broke and everyone’s all up in the air about it. [A local business] started a malicious report and caused a run.

This evening Evaline wanted me to come over there and since I had nothing else to do I went. I didn’t expect to have an especially good time but I did. Met a boy from Seattle who has a Buick Roadster and his father’s a millionaire. He doesn’t drink, smoke or neck, to excess. He has all the desired requirements and he fell in love with me. But as luck will have it, I don’t like him at all. It seems to be impossible for me to like the ones that like me.

I asked Mother if I could use the car and she said, “Phone your father.” So I phoned Daddy and asked him if I could? But he said no. So I took it anyway, which I shouldn’t have done. Anyway, we had a good time until I smashed into a Packard and bent my fender all up. Was I mad! There wasn’t anything to do but take it to a garage and let them fix it. Johnny, Alyce and I all managed to scrape up enough to pay for it. Then I took Alyce home. Johnny came back with me and I left him at 23rd. When I came in I went in the back way and asked the maid if the folks were mad. She said for me to go listen to them so I went in the hall and I could hear Mother and Daddy talking upstairs. Oh, boy! But they were mad. I went upstairs to face it and they just lit in on me. I can’t ever have the car again and I can’t go to California and blah! blah! Goodness! They were so mad about my taking it and keeping it out all afternoon, there’s no telling what they would do if they knew I had a wreck.

Went downtown this morning to see Dr. Harrison. He’s cute! He’s a bachelor and isn’t 30 yet and belongs to the University Club. I wore my new sweater and he said I looked nifty. I like bachelors. They’re so sophisticated and nice. But I still hate men.

Had a gang up tonight and had fun! Oh, boy. Darrel didn’t get through [with] work until 10 and so Jimmy Morgan, Ed and I went to get him. We were early though, so we rode all over and Ed tried to kiss me and I said “Try and get it!” and Jimmy stopped the car. And they held my hands down and first Ed and then Jimmy kissed me. I was between two fires but they both kissed nicely. Then we went to a funny little place and had milkshakes.

Wet, wet day, but I love it. I love rain. I love Portland. I love Oregon. I love life. And I love Micky. I’m glad I’m alive. Glad that I can’t have Micky without a fight. Glad that I can fight. I’ve had a certain number of heartaches, but I’m only 17. I’ll live through them. I have 50 years of life, if not more, to do as I please. To get all I can out of this existence. And I’m going to. My life is going to be worthwhile. It is. I’ll make it so.

We had the school party this evening. Had a marvelous time. Madge Mason was dressed as a boy, and handsome! She had on light trousers and a dark coat and cane and derby hat. She carried a light overcoat over her arm and had a mustache. And was she popular! She looked so much like a boy that it actually thrilled me to talk to her. And I danced twice with her. She had to sing a song in front of everyone. She stood with her hands in her pockets and looked so damned sweet. I’ve never met a popular girl so unaffected. Gee, but I’ve got a crush on her. She told me about the time she took a girl to a dance and made love to her and the girl fell for her and then she let her know that she wasn’t a boy. Gosh! but she’s adorable.

Went downtown this afternoon and bought new shoes, hat, dress. We are leaving Portland Friday. Oh! How I hate to think about it. Leave everyone I know, and I do love Portland so. Marjie doesn’t like Ned anymore. Isn’t that nice?

We came through the most wonderful scenery today. No wonder they call this heaven. Life is wonderful. We arrive in Los Angeles tomorrow. I wish the train wasn’t so wiggly. I can’t write.

This morning I awoke to behold?Paradize [sic]. The sun was shining like June. I walked down to the beach [at Long Beach]. Oh, it’s wonderful. I feel as if I’m in another country. I’ve never seen so many beautiful mansions. They take your breath away. Wonderful gardens with swimming pools and beautiful statuary. A garage big enough for 4 or 5 cars. Palm trees every-where, birds singing. Oh, it’s heaven! I feel like I’m in a dream. There isn’t a shack in the whole city. I haven’t even seen a Ford. It’s a playground of the rich. Marvelous cars with a liveried chauffeur dash by. Cars of every hue: blue, green, yellow, red, purple, etc. Everything is bright. Even the sky. Who wouldn’t be happy in a city like this? There is no rain, no clouds, no tears. Nothing but sunshine and blue skies and laughter.

Julia Park Tracey is an award-winning writer, editor, journalist, and former associate editor of Alameda and Oakland magazines. She is the great-niece of Doris Bailey Murphy, who left dozens of diaries covering an 80-year span. The Doris Diaries is a multimedia project designed to publish and broadcast the historic contents of Murphy’s journals, and this excerpt comes from a second volume. Read more at www.TheDorisDiaries.com, or follow the author on Facebook or Twitter@juliaparktracey. 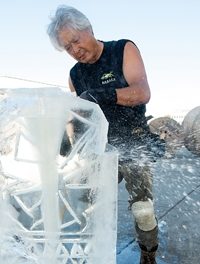 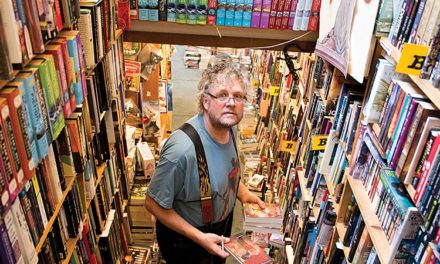 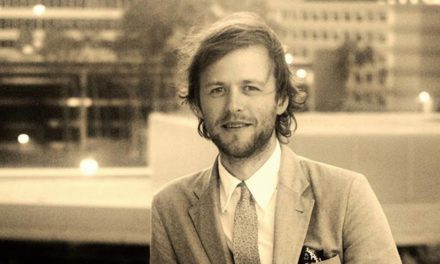 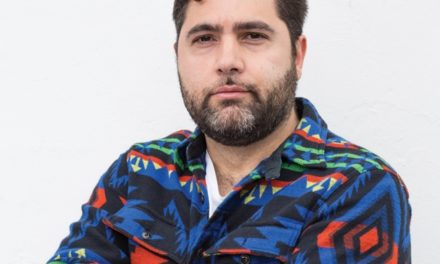