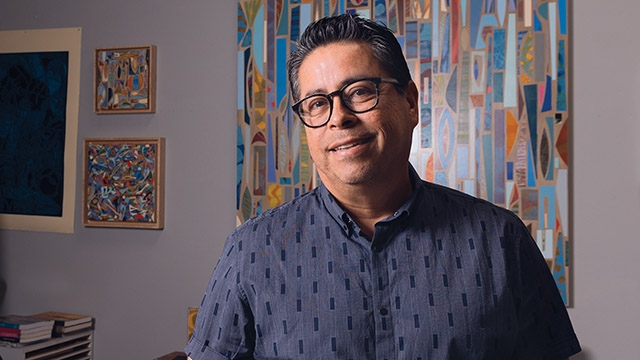 The Oakland artist will show canvases and wood panels at Mercury Twenty Gallery.

For Fernando Reyes, serendipity has a lot to do with his artistic success.

As a kid, Reyes loved art, and growing up in Fresno, he picked grapes in the fields with his family, recycling packing materials into drawing paper to lay down representational images of his sisters and cultural icons. But at 22, Reyes moved to San Francisco, seeking the excitement of city life and falling into a banking career that would span 17 years bereft of personal art projects. In 1991, his art-making long dormant, Reyes received a gift of drawing materials from his now-husband Daniel, and that gift reignited Reyes’ passion for creating art.

Later that year, Reyes took some transformative art courses at City College to refine his raw talent, but it was not until he reached his 40s that he would earn a Bachelor of Fine Art degree from the School of the Art Institute of Chicago. He had been accepted into the prestigious institute during an open portfolio day.

“Daniel and I had moved to Chicago so he could go to grad school. I had no idea at the time of the reputation of the Art Institute. I was just pursuing any creative avenues that came up,” Reyes said, chalking up his return to art to being at the right place at the right time with the right person.

After graduating, Reyes returned to the Bay Area to set up shop as a full-time artist, and he has been at the Ford Street Studios in Jingletown on the edge of the Fruitvale district since 1999.

Reyes draws inspiration from many sources. When he works with the human form, he wants his figures to evoke a sense of eloquence, passion, and confidence. For his nonfigurative pieces, Reyes taps into the natural and urban environments. He loves the Renaissance masters as well as the stars of Bay Area Figurative movement, so in essence, his artistic influences run the gamut, from Michelangelo to David Park.

“My friends are always challenging me to stand out by keeping it fresh and exciting,” Reyes said, admitting he likes the notion of his art perpetually evolving. “I also spend a great deal of time in galleries, museums, and on the street.”

In recent years, his imagery and methodology have branched out into the abstract. Reyes had produced mono prints for many years, but the idea of cutting and collaging them arose in late 2014 after seeing Henri Matisse: The Cut-Outs, an exhibition at the Museum of Modern Art in New York. There he had an epiphany of sorts that took his work in an entirely new direction.

A traditionalist at heart, Reyes works only in oil when painting, uses a Takach etching press for all of his prints, and hires live models, and all his work is done by hand without the use of digital programs.

“I take a lot of pride in that,” Reyes said.

Reyes has gained ground recently as an exhibiting artist, culminating with a retrospective at the Mexican Museum in San Francisco in early 2018. Reyes, who works on four or five pieces simultaneously, said his latest work has focused on wood carving block prints; some were presented at the spring’s BIG INK woodcut collaborative event at 3 Fish Studios in San Francisco. Reyes is also preparing canvases and wood panels for a solo show, The Figure Progresses, Aug. 2-Sept. 8 at Mercury Twenty Gallery in Oakland.

When asked what he hopes people experience when they look at his work, he said, “My work is meant to arouse the senses, to conjure emotional states, to enliven curiosity, and to instigate the telling of a story.” 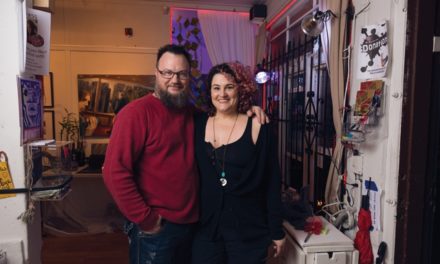 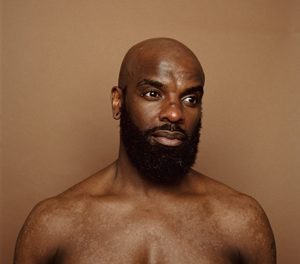 The Bay Area as Creative Center at BAM 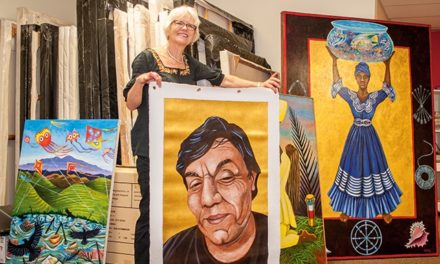 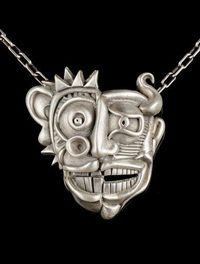