For the Oakland Gay Men’s Chorus, Inclusion Means Everyone 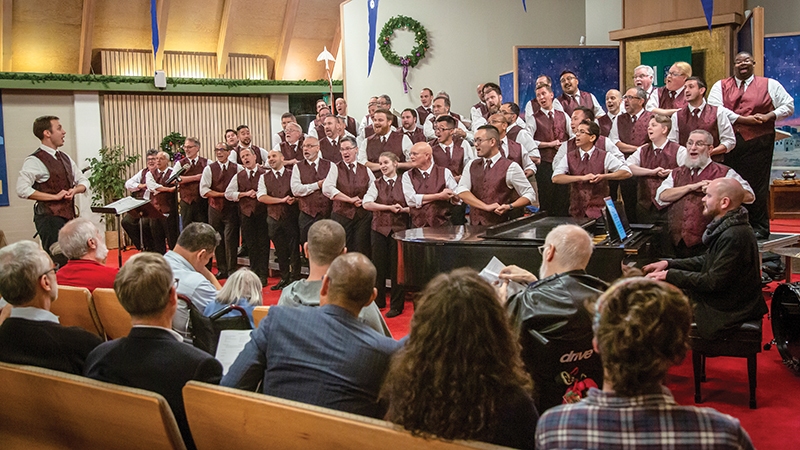 The Oakland Gay Men’s Chorus is in the holiday spirit.

On a recent Tuesday night, about 65 singers arrived at the Lakeshore Avenue Baptist Church in Oakland to rehearse. Like old friends, they greeted each other with handshakes, hugs, and warm conversation as they grabbed folding chairs and set up three long rows and organized by voice — bass to the left, tenor 1s to the right, and baritones and tenor 2s in the middle. It was “feeling a lot like Christmas” as Artistic Director Ben Riggs stood before the ethnically diverse group of men and a few women, many gay, a handful transgender, some lesbian, a few straight, and led the choir through a range of vocal exercises followed by a peppy, harmonized rendition of “Silver Bells.” Now entering its 21st year, the Oakland Gay Men’s Chorus is getting ready for the annual holiday concert, We Are Lights, set for the weekend of Dec. 13-15 and to be performed in churches in Oakland, Pleasanton, and Alameda.

Pete Dempsey, a tenor 2 who estimates his age somewhere over 60 but has stopped counting, is an original member of the chorus. After losing his home in the 1991 Oakland fire and going through the years and effort of rebuilding with his husband, Dempsey wanted to reconnect with the city of Oakland and support the gay community in the East Bay in a positive and purposeful way. “When [the chorus] started in 1999, we were a group of 15 to 20 all gay men, but we were always open and ready to include whoever came through the door and was willing and able to sing in the male vocal range. The group has never been narrow in its thinking,” said Dempsey.

Riggs echoed Dempsey’s sentiment. “As we sing in the community, we spread the word about inclusion,” said Riggs. “The mission of the chorus is to sing to transform, to change people’s lives. And it happens.” Riggs is a new addition to the Oakland Gay Men’s Chorus. He joined in September after directing two other gay men’s choruses, one in Denver and the other in the twin cities Minneapolis-St. Paul. Riggs had just come on board when a sign outside the chorus’ office on Alcatraz Street in Berkeley was defaced with an anti-gay slur. “For me, this kind of vandalism reminds me that LGBTQ choruses continue to be relevant and necessary, building community and singing our mission of justice and inclusion,” said Riggs.

“It wasn’t that big a deal to clean up the sign, but it felt strange for this to happen now in the Bay Area and unfortunate that someone felt emboldened to act out in that way. But we’ve moved on,” said Steve Smith, a 67-year-old baritone who has sung in the chorus for 13 years. Smith was one of the first straight men to join. Smith started singing in his 50s at a church in Montclair and was looking for an opportunity to further develop his voice when other members suggested that he audition.

“At that time, the board had to decide whether to let straight men in the chorus, and they decided to be inclusive, which I thought was a wonderful thing,” said Smith. “It’s been a great experience musically and socially, and it feels good to be part of an organization with a good purpose.”

Over the past four years, the chorus has gotten more active on social media and made a coordinated effort to grow the ranks resulting in an influx of younger singers, a new generation looking for community and acceptance. The members range in age from the 20s to the 70s and every decade in between. Many live in Oakland and Alameda, but they come from throughout the Bay Area, from Napa to Hayward and San Francisco to Contra Costa County, for the two-hour weekly rehearsals.

Jeramie Andehueson, 42, a tenor 2 and a hair stylist in Alameda, auditioned for the chorus in 2016 after hearing about the group from a friend. “The inclusiveness is a huge, huge thing, and obviously I’m drawn to the musical talent,” said Andehueson. “And it’s the way everyone helps each other with praise and support — not just with music,” he added. A couple years ago, Andehueson went through a rough patch and felt he was hitting rock bottom. Chorus members came to his rescue. A few called him, and three or four came to his house and sat with him until he felt better. “It’s pretty amazing to experience that. They’re family, truly my brothers and sisters.”

Artistic Director Riggs and the chorus are excited about the December concert, which will include a diverse mix of styles, like a touching, new holiday song by singer-songwriter Sara Bareilles, a contemporary tune, called “Text Me a Merry Christmas, and the playful “Santa Got Stuck in My Chimney” to name a few. (Expect an appearance by Santa and possibly the chimney, too.) “The audience will have the opportunity to sing along as well, so everyone feels welcome and a part of the performance,” said Riggs. Performance details and tickets sales are available at OaklandGMC.org/tickets. 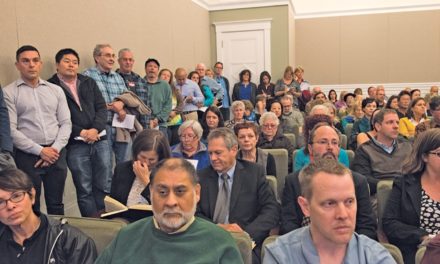 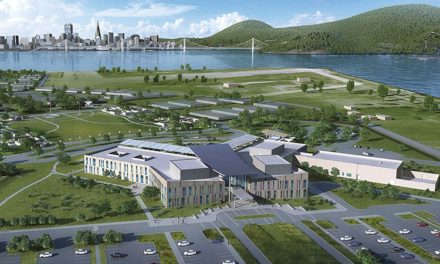 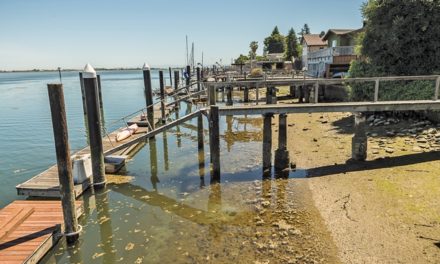 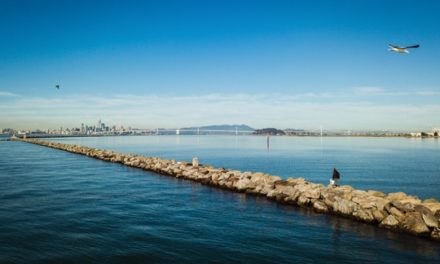