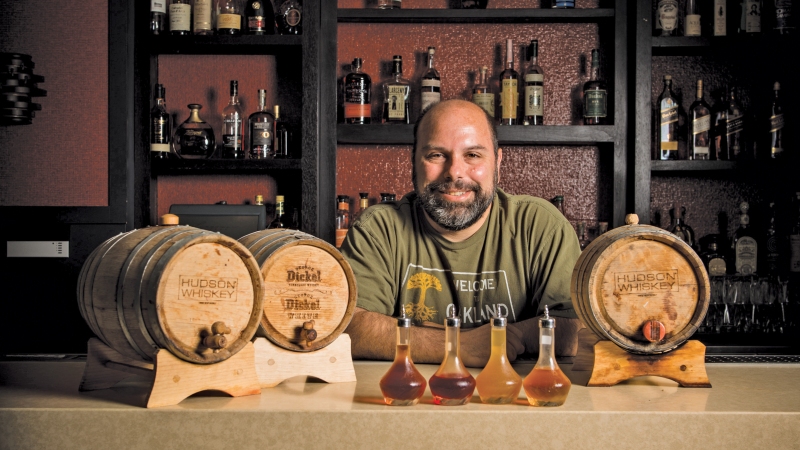 Chris Patina with bitters at Lungomare.

Elements elevating craft cocktails have something in common: They’re made in-house.

Ghost chili-infused orange juice, clarified milk, and black pepper syrup are just a few of the unusual ingredients sneaking their way into modern cocktails. Such components have become the standard of craft-bar programs where the rising stars are the fresh, seasonal flavors distinguishing syrups, tonics, mixers, and bitters.

These specialties can’t be bought off the shelf, and so they’re made lovingly in-house at Bay Area bars and restaurants. What’s all the fuss? Does spending time experimenting and concocting these unique products pay off?

Michael Thanos, owner of Alameda’s Forbidden Island, answered with a vehement “yes.” “There is just no comparison. Period. You get a store-bought grenadine or even simple syrup, and it’s synthetic tasting and will ruin any drink. When you’re preparing a cocktail with high-end rums and spirits, that’s the last thing you want to do,” he said. “Many established tiki restaurants and bars started to cut costs and shifted to store-bought syrups and juices, and the tiki cocktail came to be known as a sugary, syrupy concoction. Our founding principle was to reverse that notion and take the tiki cocktail right back to its foundation, when it was a carefully balanced cocktail featuring rums, fresh juices, and house-made syrups.”

At Forbidden Island, the variety of original syrups is wide-ranging, including honey, cinnamon-vanilla, five-spice, rosemary, bay leaf, rose, passion fruit, and tamarind. This rainbow of flavors is produced nearly every day and is easier to whip up than you might imagine. “We start off with a base of simple syrup, which is a 1:1 sugar-water ratio. For a flavored syrup, we simmer and infuse the flavoring product with the water, then bring it to a boil with the sugar,” Thanos explained.

For Chris Pastena, owner of Jack London Square’s oceanfront Lungomare (as well as Chop Bar and Calavera), house-made products elevate cocktails just the way farm-to-table ingredients add to the taste and elegance of an upscale meal. But, he noted, it’s all about what you’re in the mood for and where you’re imbibing your drink of choice. “It really comes down to tasting the difference. You know, some people appreciate it, and some people don’t. There’s no right or wrong. You’re going out to a nice dinner, you might want a nice cocktail. You’re going to a dive bar, you might want a little Jamie and a Budweiser. It’s also a sense of place. It comes down to a level of appreciation,” he said.

One of the standout products at Lungomare is the all-important bitters. The restaurant makes 10 to 15 types, including mole, orange, grapefruit, and ginger. The bitters called Hellfire is barrel-aged and soaked in habañero peppers for six months. “You take alcohol—some like to use grain alcohol, but you can also use any neutral-flavored spirit—and add a bittering agent such as gentian root. Once you have these chosen, you can use whatever flavor you want to extract: fruit peels, spices, herbs. Combine these together and let them sit for two to four weeks, and then strain and you have you bitters,” Pastena said. Why make his own? “We do this so we can extract the flavors that we want and create something very unique.”

At Pizzaiolo, a Temescal mainstay, bar manager Todd McKean said he gains a sense of accomplishment from creating craft products in part because of the sheer simplicity. “Anything that we can possibly make ourselves, we do,” he said. “It’s a lot easier than people think. You just need the time. And it tastes better when you’re satisfied with your project, like, ‘Oh, my god, I did that.’ Everything feels better when you do it yourself. We definitely have a fun time here.”

Pizzaiolo is known for house-made tonic, which is brewed weekly and infused with lavender, lemon, clove, or other herbs, depending on the season. McKean’s process is easy to replicate: “The basic tonic is a simple syrup base. As that comes to a boil, I add an array of spices. Once that is boiling for a few, I take it off the heat and add a ton of herbs and a bit of citrus. The main thing is to add cinchona bark. That’s the tonic ingredient. We let that steep and cool. Then you got your tonic.”

These house-made ingredients expand the possibilities for flavor, allow bar programs to utilize kitchens’ too-plentiful produce, and offer bartenders a foundation to create original cocktails, giving each venue a uniquely delicious identity. It’s hard to discount the benefits of imagination and ingenuity. 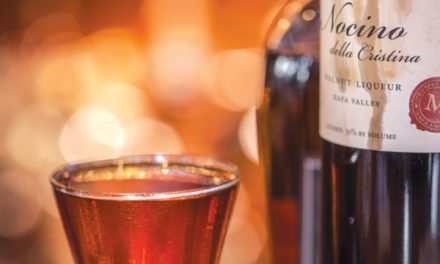 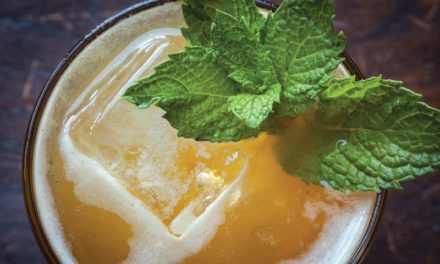 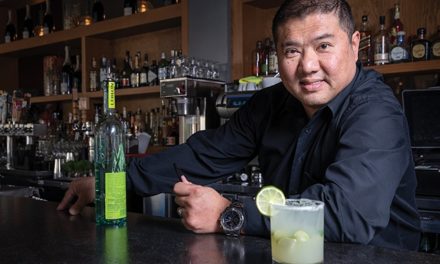 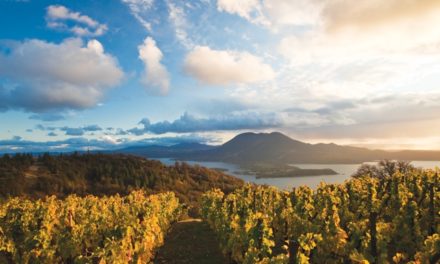