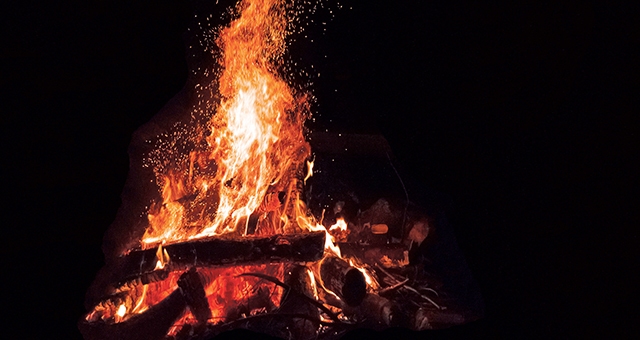 Ceremonial fires of the Men’s Circle have attracted attention lately.

An East Bay men’s group has largely operated under the radar for years — until now.

Imagine you are a motorcyclist winding through the hills of Tilden Park in Berkeley. It is a warm May night. It is completely dark, but you glimpse through the latticework of needlegrass on the side of the road what appears to be a fire climbing high up into the netting of eucalyptus branches looming over the Mineral Springs Picnic Area.

From the darkened road, one would have no idea what type of group could be meeting in the woods at night. Beer-chugging frat boys? A shadowy cult?

It wasn’t a group of occultists but rather a longstanding men’s members-only self-help group called the Men’s Circle. For 15 years, the group has been meeting in Tilden Park around a ceremonial fire. Members come from every walk of life: lawyers, doctors, gardeners, teachers, yoga instructors, chiropractors, college students, retirees. Some are married, some are single, some are divorced. Some are wealthy, and others not-so-wealthy. But in the Circle, all of that is secondary. What matters most is that you are present.

“The Circle is a place to be supported, vulnerable, and find out what the fuck matters to you,” said Randy Thieben, a longtime member of the group. “It’s changed hundreds of lives and it’s not the only men’s group in the Bay Area.”

Until recently, the Men’s Circle has largely operated unnoticed. But in February, East Bay Regional Park District police began warning the group about its fires. According to the park police, the fire was too large for the designated fire pit. With destructive wildfires a regular occurrence in California and dry conditions in the East Bay hills putting people on edge, the group’s ceremonial fire became cause for concern.

The group moved to another picnic area, hoping to evade any further attention. But the law followed.

On the night of May 16, several people called the Berkeley Fire Department, but when crews arrived on the scene, they concluded that the small wood fire — this time in a barbecue pit — was legal. (The barbecue pits are surrounded by concrete and dirt.) The fire department left, but the park police arrived soon after and issued a citation to the group, citing public concern over the size of the fire and the fire’s location.

East Bay Regional Park District Police Lt. Gretchen Rose said officers cited the group for the fire because it violated a park ordinance prohibiting fires in undesignated areas. “The fire might have met regulations in size, but they had built it in the barbecue pit and not one of the designated fire pits — that’s what the citation was for,” said Rose. She added that due to extreme fire conditions, Cal Fire has actually placed a ban on all outdoor fires — including wood fires, campfires, and charcoal barbecues — in the East Bay until further notice.

But Thieben wasn’t having it. “We just thought, ‘This is ridiculous,’” he said. “We’re lawful guys, we abide by a strict policy of ‘leave no trace,’ meaning we take our ashes with us, and we have two gallons of water by the fire at all times. On Spare the Air Nights we use lanterns.”

But according to Rose, the first time the police had interacted with the group, they did not have the required water with them and were advised on park rules and regulations. The second time they interacted, on the night of the citation, the group had again built what was deemed by park police to be an improper fire.

Thieben believes the citation is about something else. “To me, it feels like some form of intimidation,” he said. “No one knows what we’re doing up there — that’s all I can think of. What kills me is that Berkeley Fire can come and OK everything, say, ‘Cool, have a good night,’ and then 10 minutes later, we get a ticket. We’ll have to see what a judge thinks about it — but maybe this ends with us getting kicked out of the park, who knows?”

David Neibauer, another longtime member of the Men’s Circle who received the actual citation, is intent on fighting the citation in court — if that’s even necessary. He said he hasn’t received a notice to appear yet.

What is “circling,” exactly? The Circling Institute describes it as a “new spiritual practice, transformational modality, and way of relating that is growing all over the world. It is a dynamic group process that is part art form, part skillful facilitation, and part relational yoga.”

The Men’s Circle offers men the chance to “transform through the process of brotherly support,” asking of its prospective members on its website: “What is the gift you must give to the world before you die in order to feel satisfied that you lived a full life? If you don’t know your purpose in life and you want to uncover it — or, you know and you want to be supported in fulfilling your mission — visit us.”

Participating in the group is free, although you must be a male and attend multiple meetings each month. Transgendered and gay men are also welcome in the group.

“Anyone who identifies as a male and would feel comfortable in the circle is totally welcome,” said Thieben. “We’re always excited to have new faces around the fire — we want to grow and diversify our group.” That said, there is no recruitment or outreach program for the circle; men must be invited by a member who is already a part of it.

The circle meets every Wednesday in Tilden Park, and each week’s meeting follows (roughly) the same structure. There is no alcohol consumption at Men’s Circle gatherings. Cellphones are turned off, and all electronics are left behind during the circling process.

Most importantly, each circle is completely confidential: What is said in the circle cannot leave the circle. Some use the time to share their most personal secrets. Topics that are discussed include subjects like custody battles, divorce proceedings, work difficulties, struggles with addiction and depression, sex issues, and past abuse.

At the meeting on Aug. 1, about 25 men milled around chatting with each other before the program got underway. Light sifted through the eucalyptus as the sun went down and the air became cool.

Slowly, the chatter died and the men were gathered into a huge circle beneath the trees. Many embraced before finding their place in the circle. The first exercise of the night was reaching up to the sky for three minutes. Next, participants did a sort of trust exercise in which they wandered around and bumped into other participants in a nonaggressive way, mostly as a form of platonic touch. Part of this exercise was to look directly into the person’s eyes. Next, men separated into groups of three and shared their thoughts, with each member taking the time to share, listen, and respond.

Another trust exercise involved men pairing up: One person would close his eyes while the other person took him by the shoulders and led him around. Many of the men laughed; some of them had known each other for years; others were new friends.

In the last part of the meeting, as the remaining daylight faded from the sky, men gathered around the fire — a small pyramid of twigs and tinder. As the fire was lit, the men “circled.” One person would volunteer for this process by walking into the middle of the circle, at which point the rest of the men placed a hand on the individual. The knot of hands and arms untangled slowly, and the “circling” began.

What happened next was a sort of group interview. The idea is to let the circled individual open up completely and share what is going on in their lives. Other members of the circle offer reflections on what that person is saying.

But shortly after, the park police arrived. After speaking with a member of the group, the officer then left without issuing a citation, though the intrusion caused a significant disruption for the group.

Whether the group will be able to continue operating in Tilden Park remains to be seen. Rose said the police have received steady calls since early May on every night the group has met. Rose said in September, she was not aware of any other incidents involving the men’s group in light of the fire moratorium.

“Our response has purely been based on public concern,” said Rose. “Callers are usually motorists driving by and seeing the flames, which they describe as extremely large.”

Neibauer said the group is considering alternative locations. “The talk has been on moving the meetings indoors, but that kills the vibe,” he said. “The fire adds a special quality to the meetings. My guess is that we’ll have to continue to move if this keeps up.”

Moving or not, Neibauer hopes the group will carry on. “This is a chance for men to share what they need to share without being bullied or shamed — to really support them, to completely own your feelings and let those feelings out among other men,” he said. “If you need a place to rage, here is a place to rage safely. It’s a chance for an emotional release that men don’t have an opportunity for in society — which feeds into the cycle of toxic masculinity. I guess it’s good for us to be a little ruffled here — men have abused their power in the past, but we’re trying to use our power in responsible ways now.” 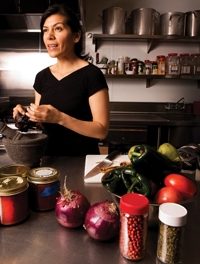 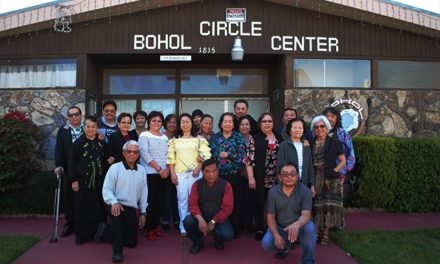 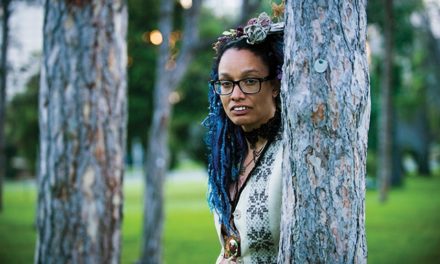 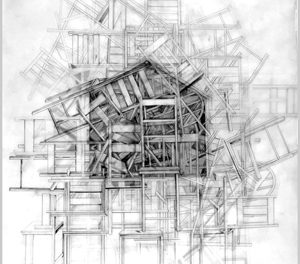