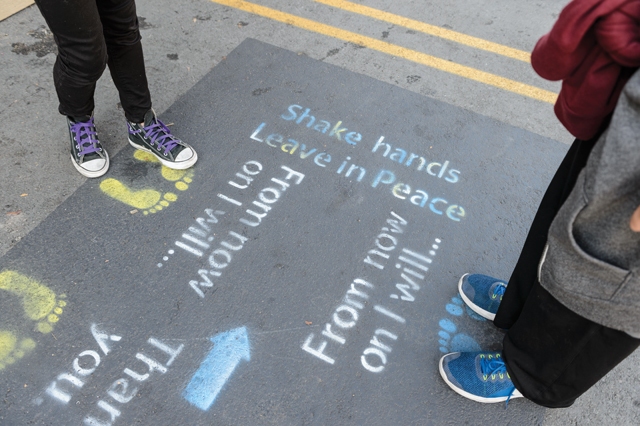 On a recent Wednesday morning at Alameda’s Frank Otis Elementary, animated fourth-graders were seemingly spellbound by what they were learning. Many of them were also grinning ear to ear or laughing. The students were having so much fun that you’d hardly imagine that the lesson of the day was a topic many adults often find a bit painful and daunting to talking about: how to cope with the very messy feelings of anger, irritation, annoyance, and frustration that can cause you to blow up and lash out.

But instead of solemn or embarrassed faces, it was all joy and excitement as the guest speaker, Anthony Jackson, a facilitator for the Soul Shoppe program, taught kids to recognize their own emotions and their impact on others. He coached students on how to wrestle with the build-up of emotions that can overwhelm kids, from sadness and anger to irritation and loneliness, comparing them to a balloon that could burst if you don’t pay attention to what’s inside.

“The balloon is a place inside of us where we put our feelings we don’t know what to do with,” Jackson explained. “They are not bad or wrong feelings. They are just feelings. And if we don’t take care of them, they come out on someone else.”

The lesson was just one of series of yearlong workshops that Otis Elementary is undertaking with Oakland’s Soul Shoppe to improve students’ ability to recognize and manage emotions and help them understand them in others.

It also is one of a number of such programs that specialize in teaching what has become a growing movement in education: a focus on socio-emotional learning, also referred to as SEL. The movement is aimed at giving kids the tools to build self-awareness and empathy toward others, as well as teach them resilience and how to make responsible choices. Alameda’s new program is among a host of similar ones the school district has been employing to improve student self-awareness, conflict resolution, and interpersonal skills.

According to CASEL, the Collaborative for Academic, Social, and Emotional Learning, a research study in 2011 found that socio-emotional learning was tied to an 11 percentile gain in academic achievement for students who participated in a well-implemented SEL program versus students who didn’t. In 2015, another study also found benefits for students enrolled in rigorous SEL programs.

Alameda Unified is adopting a new kindergarten through fifth grade English Language Arts curriculum this school year that, for the first time, embeds the tenets of socio-emotional learning not only in readings but also in classroom discussions. In addition, a number of Alameda school sites, including Maya Lin and Haight elementary schools, have used similar socio-emotional learning-based programs, including the San Francisco-based Tool Box program, in recent years in an attempt to teach behavioral or so-called “soft skills” so that students can learn to regulate their own emotions and show more compassion toward others.

During his workshop, Jackson gave students and educators tips on how to “empty your balloon” or “tame your inner dragon.” One way is a breathing technique that he calls the “dragon steam,” which evokes a powerful dragon puffing out its pent-up anger in even and calming huffs.

Jackson’s other breathing exercises for students include the “quiet breath,” in which students learn to place their hand on their hearts and another on their stomachs, while silently saying a happy word or visualizing a happy place to themselves.

The workshops and its teachings are also taught to parents and teachers, so that everyone in the school community shares the same language to talk about emotions and resolve conflict. In fact, many parents find they get as much out of the program as their kids do, Jackson said. He recalled one parent coming to him in tears of gratitude that her daughter had taught her and the rest of the family how to use these techniques. “The entire family’s relationships had gotten better,” he said. “It was very exciting to see.”

The district has long taught socio-emotional learning through a variety of different curricula at its schools, said Shirley Clem, elementary school coordinator. For instance, it has most recently been using a program called Caring School Community, which establishes mentoring programs and classroom lessons on taking responsibility, showing care toward others, and how to behave on the playground. The district also uses the anti-bullying program, Steps to Respect. 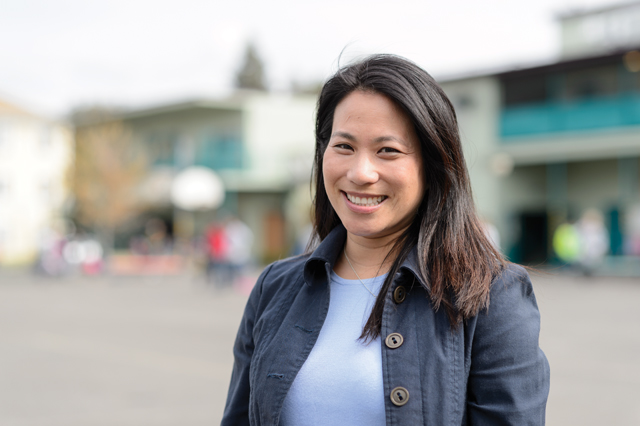 But innovations in the field of socio-emotional learning have given rise to the district’s desire to consider ways to update its curriculum over the next year or more, to reflect new approaches in teaching, Clem said. The district’s new SEL-embedded elementary reading curriculum is also designed to help students learn to respectfully disagree with each other and to not continually look to their teachers for validation of the right answers, said Peter Brunn, vice president of organizational learning and communications at the Center for the Collaborative Classroom, an Alameda-based nonprofit that designed the district’s Caring School Community program.

The new reading program also turns the old-school practice of teachers validating students’ responses with phrases like, “that’s good” or “that’s right” or “good job,” on its head, so that instead, teacher are encouraged to respond neutrally by saying “thank you” and asking more open-ended questions that help other students build on what was just said, Brunn explained.

Those techniques force students to do their own thinking and get more comfortable with making their own mistakes out loud, rather than staying silent for fear of not saying “the right thing,” he said. “That’s because without an environment where it’s encouraged to have unfinished thinking or make mistakes, you can’t expect students to take the risks they need as learners to be successful.”

Otis principal Tanya Harris said that, particularly for young learners, it’s crucial to help them feel safe emotionally and socially at school, before expecting them to master reading, math, science, or history. “That’s because if you are not emotionally ready, it’s really hard for you to access the material,” she said. “We really have to learn how to self-regulate our emotions in order to be really ready for the academic piece of school.”

Her school’s equity and inclusion committee evaluated several socio-emotional learning programs before deciding on Soul Shoppe, which a parent at the school, Greg Kontzer, who is also is dean of academics at Susan B. Anthony Elementary School in Daly City, recommended.

“I’m out there on the playground every day, so I get to see it in action,” Kontzer said of the SEL program, which is in its fourth year at his school. “And now when we have problems, instead of an adult having to stand there and solve the problem, there are trained students that can take other students through a process called ‘the peace path’ to help them solve the problem. And it helps put conflict behind them—and it works.”

Like other schools that have “peace paths,” Otis’ is painted in a corner of the playground, a colorful grid of footsteps that acts as a guide to helping students walk through a kind of simple script of how to resolve conflict. By walking through that path, kids are encouraged to avoid blame and confrontational language and agree to make a change for the better — and with the aim that, in the end, the once-disagreeing students can shake hands and make peace.

Fourth-graders Paige Heckman and Emmett Guthmore, both 9, who both officially started serving as playground peacemakers at Otis after completing about six hours of training, said they were excited to really start to use the peace path with the other students.

“I really like helping people,” Emmett said. “And before, when these things happened, we couldn’t really help, because we didn’t know how.”

“But now, I think it will help to make a safer community,” Paige said. “Because if there’s no one to help with the problems, it could get physical, so you want to stop those problems before they get worse.”

Their fourth-grade teacher, Kimberly Valentino, also said she was excited by the increase in SEL curriculum and the use of the peace path. In the past, teachers might have just separated two fighting students and told them, “You are done playing,” rather than help them avoid having negative feelings spill over into the classroom.

And so many of the program’s teachings are ones that many adults, including herself, are still working on and often wish they had more instruction on while growing up, Valentino said. “Because growing up is hard,” she said. “But I’m excited to see the kiddos learn these techniques to resolve conflict on their own, so that when they come to fourth grade, these routines will be built-in after doing them for a few years—and they can take those teachings with them into adulthood.” 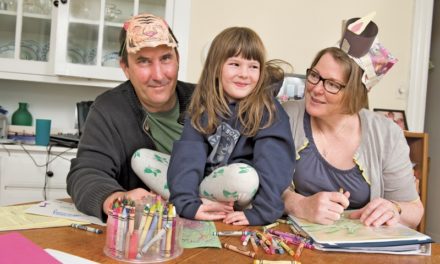 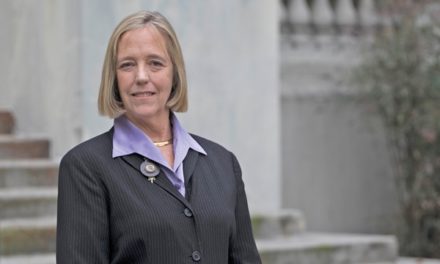 It’s All About Housing