The Historic Alameda High School has been brought up to date with the completion of the renovation project and is holding classes again after being empty for 40-plus years.

The historic school sees students for the first time in 40-plus years, though it had only shuttered entirely in 2013.

In 2012, at the invitation of an official with the Alameda Unified School District, architect Mark Quattrocchi walked through the two buildings of Historic Alameda High School and saw dangerous structural problems.

“In a seismic event, portions of the walls could’ve fallen off,” recalled Quattrocchi recently. “And there were still employees inside and students just outside the buildings.”

Quattrocchi didn’t waste any time. He and the official, Robbie Lyng, declared the old central building unsafe for anyone, so the district office there had to relocate to a rented office in Mariner Square in January 2013, a $550,000 per year extra expense for an already financially strapped AUSD. Admitting he wasn’t too popular at the time, Quattrocchi said, “I’d do it again. It wasn’t safe.”

He also designed and had built a seismic debris fence that encircled the buildings and shored up the high school’s walls with braces and anchors so they wouldn’t fall too far away from the building and strike students in an earthquake. “It was my ode to Alameda. People loved me for my brown fence,” he said with a laugh.

In early August, as construction workers and craftsman put the finishing touches on Historic Alameda High School, the nearly 100-year-old building — a Historic Monument and National Historic Landmark — gleamed in the afternoon sun with its new white and beige paint and looked ready to welcome a new generation of students with its 45 modern classrooms and 11 new science labs. While the total cost of the project was sizable at $55 million, the demolition of the historic building and construction of a new high school would’ve cost approximately $90 million, Quattrocchi said.

The future of the landmark was far from certain in 2012 with the closure of the historic buildings — with the exception of Kofman Auditorium, which had been retrofitted in the late 1990s. Citizens and members of the Alameda Architectural Preservation Society worried the high school could be torn down. Alameda resident and mediator Jeff Cambra got a call from the district’s chief financial officer, Robert Shemwell, asking him to assist with facilitating some direction for the future of school. “He said, ‘We have a school board that won’t tear it down and a community up in arms about the fence,’” recalled Cambra. So Cambra suggested organizing community meetings to find out what the public wanted to do. So, in 2013, Cambra and former Alameda County Supervisor Alice Lai-Bitker organized and held four public meetings that gave Alamedans the opportunity to provide input on the future of the old high school. “The majority of people expressed a desire to see the buildings rehabilitated and returned to school use,” said Cambra.

The community’s wishes to preserve the school led to the creation of the AUSD Facilities Master Plan, which identified $590 million in needed facilities improvements throughout AUSD, including the community’s support for the restoration of the historic school. In 2014, the Board of Education voted to place Bond Measure I on the ballot, a $179.5 million bond.

Former AUSD Board President Margie Sherratt said Quattrocch quelled her doubts about the project’s viability. “He did a great job educating us. He took us to three or four San Francisco schools that he’d worked on. They all had bond measures passed for their financing. It cemented it for me. He convinced me it could be done,” she said. “So we voted to put it on the ballot after we had about 40 community meetings to learn what the community wanted not just for Alameda High, but all AUSD’s school sites. “They said ‘We want safety and modernization,’” she said.

But despite the bond’s cost, it passed with 63 percent of voters approving it in 2014. “It was something as a board that we were proudest of, especially after having passed the Measure A Parcel Tax a few years earlier. It showed the community cared,” said Sherratt.

It was a giant step forward to revive the two school buildings that had been closed to students since 1977. A monumental undertaking that had been necessitated by decades of decay, neglect, and boards of education, and Alameda voters who had kicked the can down the road, ignoring the problems or voting against various bonds to rebuild, or seismically retrofit the vintage 1926 high school according to state standards established by the Field Act following the 1933 Long Beach earthquake that damaged or destroyed over 200 schools in Southern California.

Alameda High had narrowly avoided the wrecking ball in 1977 thanks to a group of Alamedans led by Alameda Times Star publisher Abe Kofman and students who fought a school board plan to raze it and created a plan to build the Encinal Avenue building to replace it. One of the students, third-generation Alamedan and 2002-2010 school board member Tracy Jensen, was an Alameda High student in the mid-1970s who, along with her classmates, fought her school’s planned demise. “My class didn’t want it torn down, so we protested with signs. We’d have our demonstrations in front of the school,” she said.

Kathleen Valerio, class of 1978, remembered how she and her classmates felt about being moved from the unsafe historic buildings to the new Encinal Avenue building six months before graduation. “People said, ‘You’re lucky, you get to go to the new building.’ We didn’t care. The only building I identified with was the historic Alameda High,” she said. “The new high school was functional but people didn’t get excited about it as a building.”

Opened in 1926 at a cost of $1 million ($14.3 million in 2019 dollars), for 1,248 students, Historic Alameda High School, designed by architect Carl Werner in the Neo-Classical Style, consisted of a central building with 10 classical Ionic columns dominating the main entrance, and the east wing (the Science Building) with two grand columns of its own. The two buildings were reinforced concrete and had a 900-foot frontage on Central Avenue. An impressive structure that covered nearly a city block, it rivaled the 1895 City Hall and the 1902 Carnegie Free Library as one of the largest public buildings in Alameda. The school’s theater (now Kofman Auditorium) featured 2,300 seats, one of the largest auditoriums in the East Bay. It was the pride of the community.

Some 93 years later, after several years of planning following the passage of Bond Measure I, the complex seismic retrofitting and modernization of Alameda High began in May 2017.

First, to stabilize the sandy soil under the historic building that could cause liquefaction in an earthquake, engineers injected grout into the ground at 6,000 different spots. They also drilled helical piles, which look like corkscrews, 30 feet into the ground to anchor the buildings to more stable soil.

The most challenging part of the retrofit came in the insertion of steel seismic cross beams that created a building within the historic building of structural support. They’re on all three floors and are set at 45-degree angles to the walls, and provide bracing and lateral resistance in the event of an earthquake. Steel piers were also placed to supplement the original concrete columns to withstand 3,000 pounds of force per square inch. Some of the new 1.2 million pounds of steel had to be dropped down from the third floor to the first floor. “Portions of the roof and the floor had to be removed in order to drop the steel down using very high cranes,” said Quattrocchi.

The project also had to consider issues of historical restoration. For example, Quattrocchi said the bronze doors at the main entrance to the structure’s Central Building have been left in their original condition because of the historic renovation movement’s idea of leaving things as they are. “They were cleaned, but they’re not going to be polished because this is hard when you think about the patina of an older building. How far do you go in restoring it? Why would you not want to leave the beautiful patina that’s on here?” he said.

Many of the original 250 windows needed repair, but their wooden sills, and brass handles were retained per an agreement with the Alameda Architectural Preservation Society. Wood cabinetry and even classrooms’ original baseboards were restored. “We reused baseboard and trim, but where we couldn’t, we customized all the mill work to match,” said Quattrocchi. The original terrazzo floors have been restored both inside and outside the buildings.

Alameda Preservation Society board member Jim Smallman said he was very pleased with Quattrocchi and his team’s approach to historic restoration. “Board member Chris Buckley and I sat down with AUSD officials and the architect at the beginning of the project. I was agog because I could see they were going to do it right,” said Smallman.

The Science Building’s third floor also features three restored 16-foot-by-16-foot skylights that illuminate the entire floor with natural light. “They were completely closed up, so we reopened them,” said Quattrrochi. And the large amount of windows on the floor and throughout both buildings will allow classrooms to use just natural light instead of electric lights at times.

For Alameda High School Principal Robert Ithurburn, the historic buildings will give teachers the space they didn’t have in the Encinal Building. “The last few years, I’ve had teachers stacked on top of each other. They had to share classrooms, including during prep periods, which was disruptive. Now they’ll be able to have their own space that will give them the uninterrupted time to help better serve their students,” he said.

Quattrocchi, who has worked on several dozen historic school renovation projects in his 30-year architectural career, said a project such as the 100,000-square-foot historic high school is a rarity to get the opportunity to work on. “I’ve never had a historic renovation like this. I’ve never had a district and board committed to doing it right. A lot of the credit goes to Robbie Lyng, former construction project manager for AUSD. When we came up with options of what to do, he said, ‘We have to do this right ’cause we will never get a chance to do this again,’” said Quattrocchi. 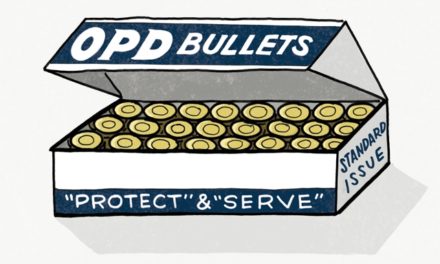 The Year of No Police Shootings 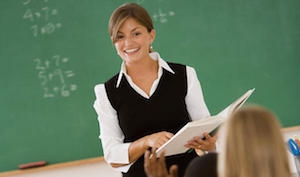