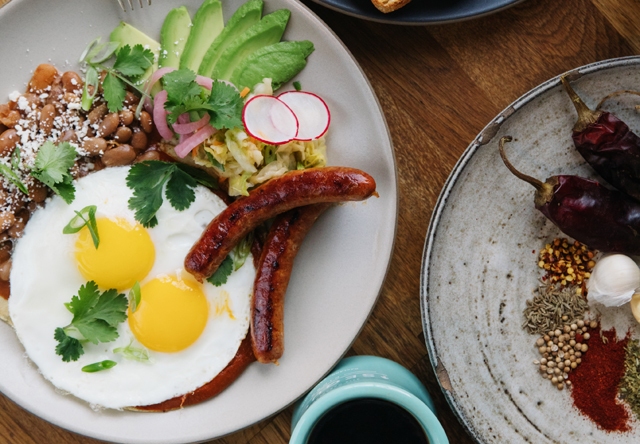 From Saul’s sodas to Pappo’s potato chips, making basics from scratch is one way restaurants can share the love.

Most restaurants assemble their own sandwiches, salads, wraps, and bowls. But only a few of them handcraft, in-house, the elements comprising such assemblages: butter, cheese, bacon, bread, pickles, condiments, and other basics that all cooks once made from scratch because they had no choice.

These days, handcrafting butter — as does Homestead —or, say, jam or noodles, as do Neptune’s and Shandong, is both retro and radical, because it merges innovative tools and technologies with old-school recipes that reflect classic traditions and tomorrow’s trends.

At Sequoia Diner in Oakland’s Laurel district, an Excel spreadsheet helps chef/co-owner Andrew Vennari gauge exactly how much achiote, cinnamon, allspice, garlic, cloves, chile de arbol, oregano, pork belly, and other ingredients he’ll need for every batch of house-made chorizo and how much cabbage and salt he’ll need for each batch of kraut.

“We’re not scientists here,” said Vennari, who cooked at Camino and Duende before opening the diner with his wife, Sequoia Broderson, in 2015. “But the spreadsheet spits out all the information in grams, and that helps.”

Making sausage is a multi-day workout that entails chopping, dicing, grinding, mixing, and more. It’s neither easy nor cheap, so “there’s no financial incentive behind it,” Vennari declared. “But from the beginning, we wanted to be an approachable, not-fancy breakfast place that makes its own sausage.”

“Making as much by hand as possible is part of our effort to be as different as possible from the kind of restaurant that serves industrialized meals with little plastic tubs of Smucker’s,” Vennari said, “or jam from cans.”

And now that nearly everything comes in tubs and cans, it’s downright subversive for Homeskillet in Alameda to make its own doughnuts, for Revival Bar + Kitchen in Berkeley to make its own labneh, for Monaghan’s in Oakland to make its own tartar sauce, and for Gott’s Roadside Café in Walnut Creek to make its own ranch dressing.

“A lot of dressings have a dominant garlic flavor, but the focus on herbs and the tanginess of buttermilk sets ranch apart.

“If it isn’t blended correctly, one or more of the ingredients can overpower the taste, and the balance is lost,” Rebman added.

That’s the main challenge — along with “accepting the fact that the best ranch is made to enjoy sooner rather than later.”

Having enjoyed various versions of it in the Shan region of Burma, which is its birthplace, she oven-roasts chickpea flour, then whisks in salt, turmeric, and garam masala. Simmered until thick, the mixture cools before being served in curries and salads and solo as a starter.

“It’s not fermented. Besides the fact that soybean tofu has no flavor, that’s the main difference between the two,” explained Shibabaw, a Burma Superstar alumna.

“Because of Burma’s location in Southeast Asia, its cuisine is influenced by China, Thailand, and other places” — including India, where chickpeas are a prime protein source.

Likening its preparation to “making polenta that you can’t overcook,” Frank said convincing customers to try it hasn’t been hard: “It actually sells itself.”

So, as proven by their popularity, do the house-made pickles at both Maker’s Common in Berkeley and Sidebar Oaktown in Oakland and the house-made potato chips at Pappo in Alameda, Elevation 66 in El Cerrito, and Hopscotch in Oakland.

Making basics in-house is one way to walk the walk. At Saul’s in Berkeley, nostalgia for bygone Jewish delis dovetailed with disdain for multinational corporations to produce a custom-designed seltzer dispenser that creates grapefruit, tamarind, ginger, lime, cream, and celery sodas.

“If you make something yourself, you know what’s in it, so you can control its quality,” said Sequoia Diner’s Vennari. “We put a lot of love into this, and it connects us more closely with our food.

“I guess we’re kind of old-fashioned. We see this as our craft.”

Where to Get Them 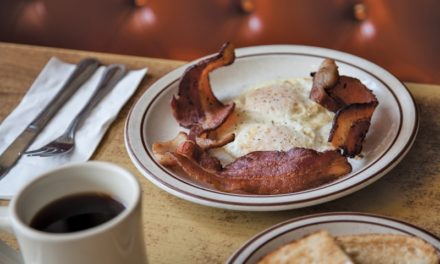 Iconic Bacon and Eggs at Ole’s 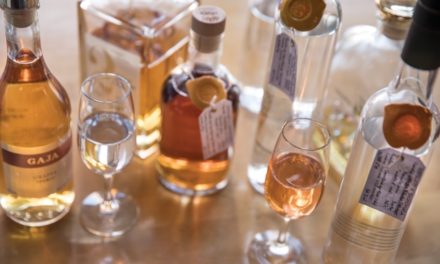 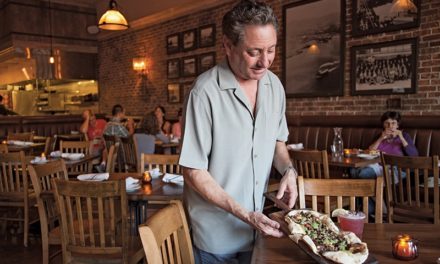 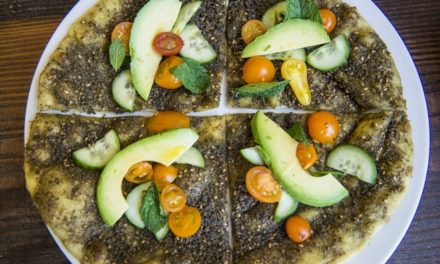