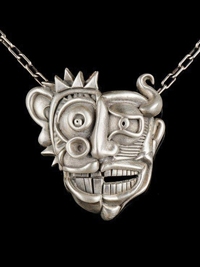 How does an artist know when he has made it? When he is invited to participate in RAW, the swanky and exclusive artistic showcase popping up in cities worldwide? When his work is featured in an art magazine? Or when it has been stolen twice? By all these criteria, Michael J. Marx has arrived. He has been creating wearable sculptures from precious metal clay, or PMC, for 14 years, and don’t even think about calling them necklaces.

“The worst thing you can do with a piece of my jewelry is stick it in a jewelry box,” Marx says. “When you’re not wearing it, it should go on the wall.” To that end, he builds reliquaries to house his pieces, like shrines encasing a saint’s remains.

His work is influenced by fine art, but draws more readily from other genres. “Pop art, comic book art, street art—all have elements that can be broken down into assemble-able chunks,” Marx says. From silver and sterling silver clay, he fashions fish and giant squids, Cheshire cats and charms to mend a broken heart. Skulls, gas masks, and spray cans are particularly popular with his male customers.

“I wanted to do jewelry that slapped people upside the head,” Marx says. “I wanted it to provoke a reaction. The problem is that we don’t see jewelry traditionally as a medium of expression that can provoke as much of a reaction as something that’s painted, photographed, drawn, digitally done, filmed. But why not?”

The motto of his Unsane Art company (borrowed from a now-defunct clothing line) is, “Sanity is the playground of the unimaginative.” “I think with any medium, if you’re not constantly pushing at the boundaries, trying new things, experimenting with how crazy or how outrageous the design elements and construction can be, then you’re kind of dead in the water,” Marx says. “I hope that I’ve contributed in some way to show people that if you can come up with a design, and figure out the basic construction, there’s really no limit to what you can do with the material.”

More of Marx’s work can be seen at www.UnsaneArt.com, and the artist can be reached at michael@unsaneart.com. 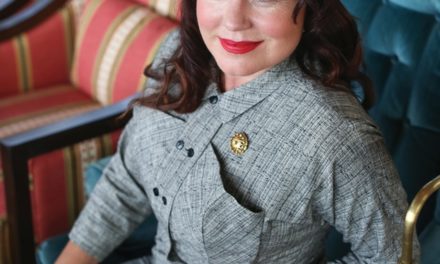 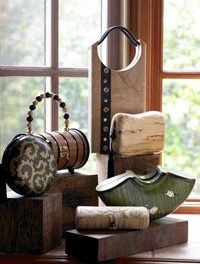