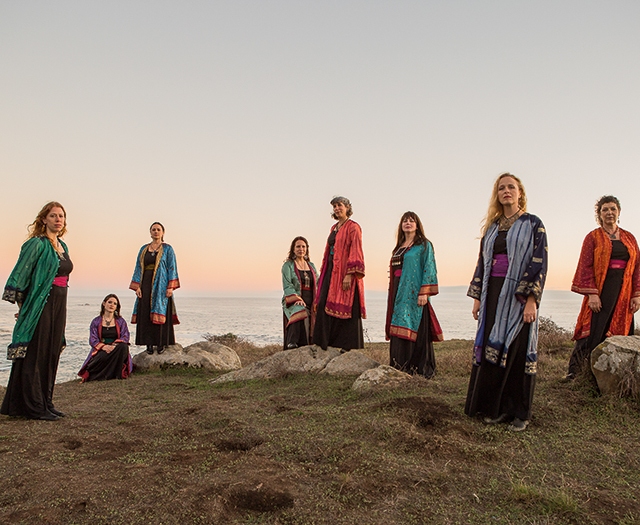 Oakland’s Kitka has come a long way since its humble beginnings. The nine-voice woman’s choir started 40 years ago, drawn together by the members’ love of the slightly dissonant harmonies and vocal ornamentations of Balkan choral music. Since they began singing together, they’ve become one the country’s most lauded touring vocal ensembles, performing internationally, as well as locally. Kitka’s repertoire now includes folk music from Georgia, Armenia, Albania, Turkey, and other areas of Eastern Europe and Eurasia, as well as contemporary and original works developed in collaboration with well-known composers.

“When I joined, the repertoire was focused on Bulgarian and Macedonian music,” said Shira Cion, the company’s executive/artistic director. She’s been with the group for most of her adult life. “I’ve always had an interest in new music influenced by folk elements, so since 2000, we’ve been creating and commissioning original work that takes inspiration from ethnic traditions, as well as Kitka’s unique vocal palette. We draw upon a wide range of ancient techniques and timbres rooted in Eastern Europe that sound very contemporary and, often, futuristic.”

Kitka celebrated its 40th anniversary in March with a performance at the First Congregational Church of Oakland. “We had more than 50 singers on stage,” Cion said. “40 alumnae of the ensemble and a group of immigrant Slavic folk singing mentors from the South Bay. We invited Tzvetanka Varimezova to direct the choir. She’s been our guide in exploring Bulgarian folk singing and repertoire. She did a superb job of bringing the voices of the many generations of the ensemble together. Kitka’s Kelly Atkins brought a multimedia aspect to the celebration. She rummaged through our archival material to create a slide show and short documentary film that shared the story of Kitka’s singers, mentors, collaborators, special projects, travels, and transformations over four decades.”

On June 21, Kitka will be doing its annual Summer Solstice concert at Oakland’s Chapel of the Chimes. It’s part of the Chapel’s annual celebration of new music, an event that will include a wide variety of acoustic and electronic music, by more than 50 Bay Area composers and performers.

“Throughout Eastern Europe and Eurasia, there are folk traditions associated with the summer solstice,” Cion said, “mostly having to do with love, lust, abandonment, and celebration. At the annual Summer Solstice festival at the Chapel of the Chimes, we’ll be singing three sets of love songs, throughout the afternoon and evening. Our annual Summer Solstice performances offer a nice counterpart to our December Wintersongs concerts, which have become popular community events. The winter holiday brings people out for choral music that focuses on mystery, darkness, and introspective themes. In June, the opposite time of the year, there’s also cause for celebrating community. In summer, we’re more extroverted and exuberant; the songs we sing embody the spirit of the longest days of the year.

“Folk music in Eastern Europe is connected with everyday activities of work, spirit, and the cycles of the natural world. There were many gender specific tasks, which explains why there are so many women’s singing groups in that region. That’s the tradition we’re still carrying on.” 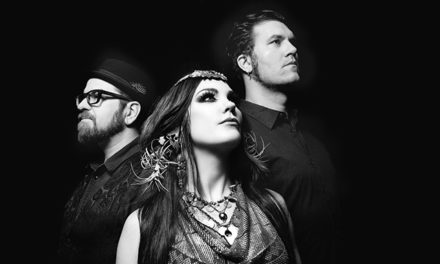 Enjoy Some Genre-Bending by Beats Antique 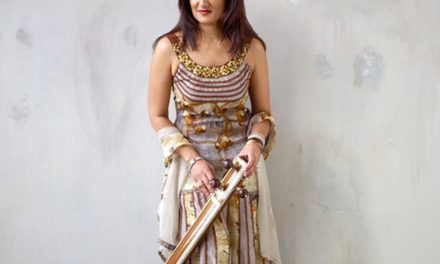 Kiran Ahluwalia Appears at The Freight 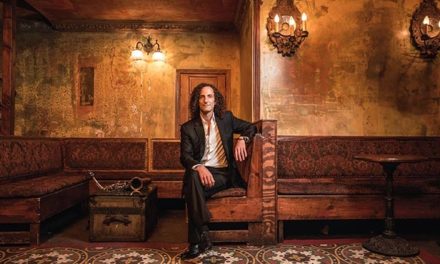 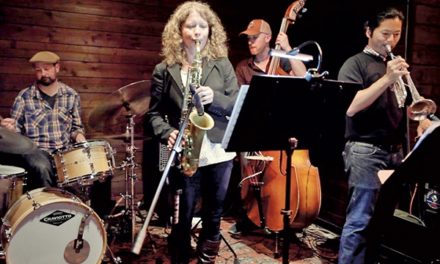