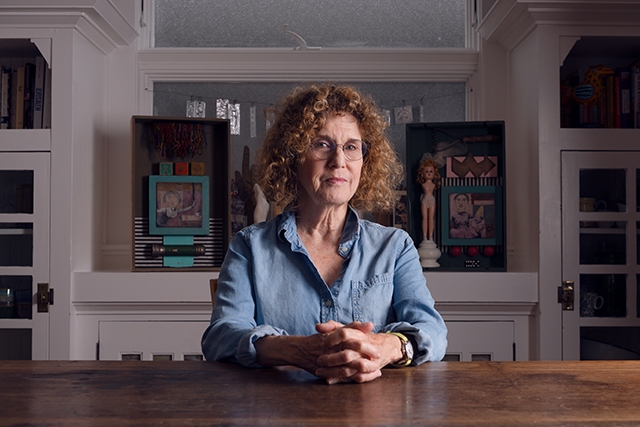 color, and texture, posing in portrait or looking at viewers square in the eye as if they’ve been waiting for their arrival. One can’t help but wonder what the story is or invent one for one’s self.

“I never want to literally tell a story in my art, and since stories in life don’t always have a happy ending, I play with humor as much as possible,” said Balian who recently retired from a 36-year career in health care, primarily as a nurse practitioner for Kaiser Permanente’s Oakland Medical Center. She attributed her daily immersion in people’s myriad tales as a contributing factor to her narrative style, explaining, “Nothing fascinates me more than hearing other people’s stories.”

Originally from San Diego, Balian is a self-taught artist, and a studio in her Rockridge home overflows with the stuff she finds from her frequent foraging around town. Balian thinks of herself as a hunter-gatherer in search of interesting materials, discovering the debris of lives left behind on street corners and flea markets.

“I sometimes feel buried under all the material, so I am forced to live with a certain degree of chaos in my studio. But somehow, it all works,” Balian said.

Found objects including children’s blocks and dolls, antique household fixtures like doorknobs, faucet washers and potato mashers, found paper scraps, old book pages, and stamps are just some of things that inhabit Balian’s artwork. These objects, assembled into surreal narratives, render viewers as voyeurs peeking at the remnants of someone’s personal secrets. Balian sometimes works on several pieces at once in a series, with one leading to another and containing a common thread. A series might be born from a new collection of materials or from looking at art in a book, gallery, or museum, Balian said. “I am always knocked out by the work at Creative Growth Gallery in Oakland,” said Balian.

In her signature wood panel work, Balian begins with a theme and lets serendipity take her along for the ride. Her series, Long Winded Tales from Distant Lands, began from thinking about swimmers and her own fears and discomfort in water. As the series developed she realized, when she would dream about being in water, those fears didn’t exist. “I could swim across borders, glide through continents, past mountains, treasures, crumbling buildings, and strange animals,” she said. The series emerged from there while word fragments on a page from an antique book gave her further inspiration and the series title.

Other works from Balian are built from boxes — wine crates, cigar boxes, matchboxes, and a wooden drawer among them — rather than flat panels as the base. These pieces are inspired in part by the work of mid-20th century assemblage artist Joseph Cornell, whom she counts as an artistic influence. In somewhat of a departure, she made a set of nonfigurative papier-mâché sculptures, created during her husband’s illness and his death 13 years ago. “I felt the need to do more with my hands then and sometimes still feel a craving for doing sculpture. But the work isn’t always successful, so I return to what I do best,” she said.

Taking in the work of Balian is a treat, at once entertaining and mysterious. Small yet captivating — most panel works are at most 12 inches square — viewers are invited into intimate space. Her narratives nudge viewers toward reflection on their own histories, the heaps of detritus and ephemera of a human life, the things one cherish or leave behind. At the same time, it’s like a visit to the circus in the heyday of Barnum & Bailey with its cast of odd characters, dreamy sets, and fantastical performances.

Balian has exhibited her work nationwide since 2004. She is represented by GearBox Gallery in Oakland, where her next exhibit with Deborah Benioff Friedman, About Face, will be held in the Inner Room of the gallery Nov. 22-Jan. 5. For more information, visit her website at MarshaBalian.com. 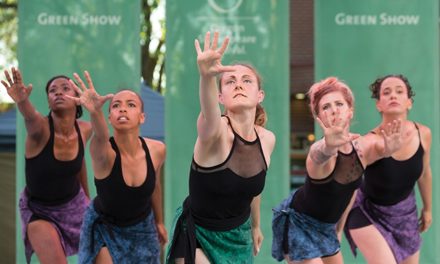 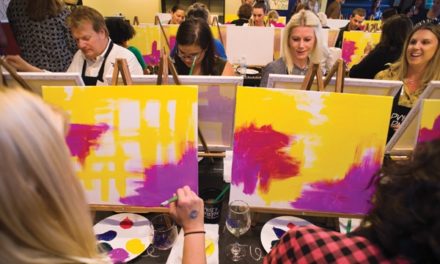 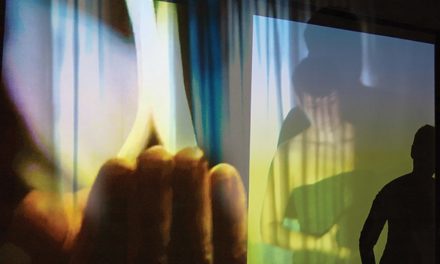 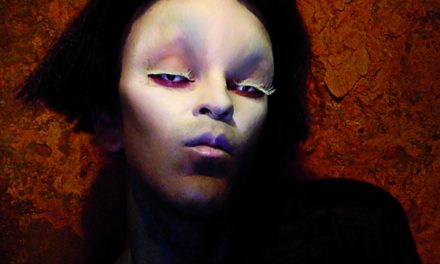 Jader Challenges the Notion of Beauty and More