Mouse or Fairy Doors Spring Up in Alameda 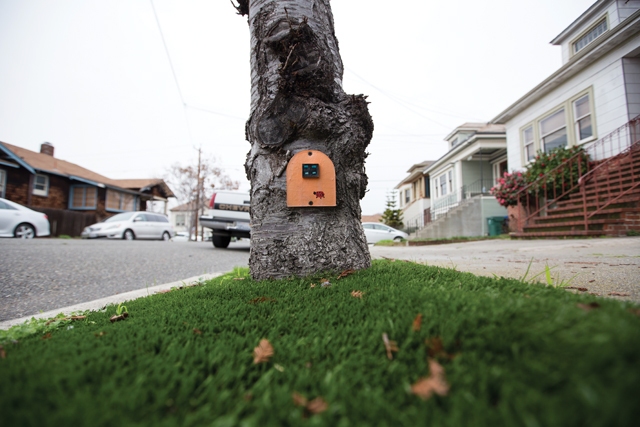 The enchanting doors are proliferating in unusual places in Alameda.

An anonymous Bay Farm dad starts an urban art movement of tiny doors hitting the curbs, trees, and public spaces on the Island and spreads a little whimsy.

When I emailed the creator of mows510, an Instagram account featuring dozens of pictures of mini, ground-level, hand-painted doors, I imagined that when we set up an interview for the next day, the voice on the phone would be female. And young.

Because, you know, the objects in question, made and distributed by Mows510, are 4-by-3-inch doors made of plaster of Paris, often brightly painted and often playfully themed (penguins, Hello Kitty, Pac-Man, Santa). The doors are glued to curbs, walls, and poles around Alameda. Each one comes with a 2.5-by-3-inch window and proportional doormat.

Turns out, though, that Mows510 is a Bay Farm father of three in his 50s, a tech worker with a master’s degree in computer science who prefers to remain anonymous. His passion for street art developed over the years. His day job takes him often to London and Paris, where he began noticing and photographing the likes of Invader, a street artist whose mosaic tile space “invaders” have been installed on buildings in 65 cities, and London’s CityzenKane, who affixes his elaborate ceramic sculptures to the city’s walls.

“I got to the point where I couldn’t just watch,” Mows said. “I wanted to participate.” So he set to thinking what sort of project would be a good fit for Alameda, his home of the last 13 years. He knew he wanted it to be small, appealing, and accessible. “I became obsessed with the door, but I had to work it out in my head first: How I was going to build the model? What process was I going to use?”

In early November 2015, Mows (for mouse—because he thinks of his doors as mouse doors, even though other people seem to consider them fairy doors) began to produce the small doors in his home, working on his dining room table, and aiming for five a week. His first molds were out of liquid latex, but they took a long time to set, so he tapped YouTube for ideas and began working with silicone.

And so there is a silver-and-black Oakland Raiders-themed door near the team’s headquarters; a southwestern-themed door, in honor of a Brisbane-based attached street artist who goes by the name @cactivistgreen and whose trademark works are potted cactuses; a Target-themed door near Target, and a Starbucks-themed one near the Nob Hill Shopping center coffee shop.

In early February, Alameda’s tiny door trendlet was taking off, with at least two groups posting pictures of their own door-making parties on the newly formed Alameda Island Fairy Doors Facebook page and someone else creating a guide map to the locations of all the doors. Two other Facebook groups, Alameda Peeps and What’s Happening Alameda?, have been rich with door sightings and also grumblings about fairy door damage.

“I thought I was doing this all by myself,” said Mows, who had at the end of January installed 47 doors, most of them in Alameda, but a smattering across the bridge in Jingletown. “I have been surprised by how many people are embracing the idea. I love the fact that children are involved in creating some of these doors. The more we can get them involved in making art as a daily part of their life, the more likely they are to make it a lifelong habit. How can that be a bad thing? “

Mows said he enjoys it when he sees people getting joy out of Alameda’s small doors. “There is one at the corner of Oak and Encinal, and I’ve walked past it and seen little kids all squatted around it, and that keeps me going.” 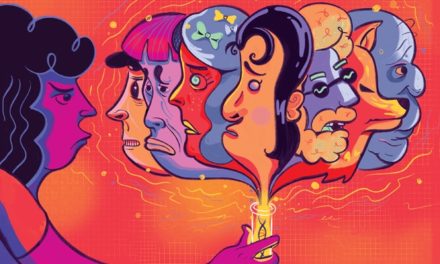 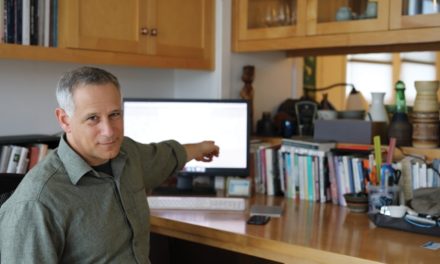 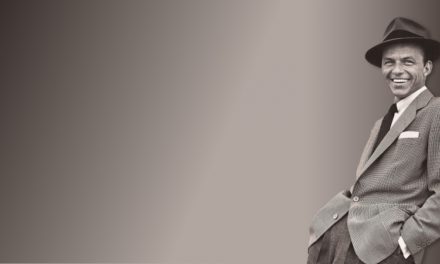 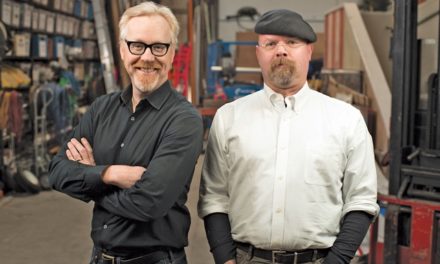