Nights and Days at the Museum 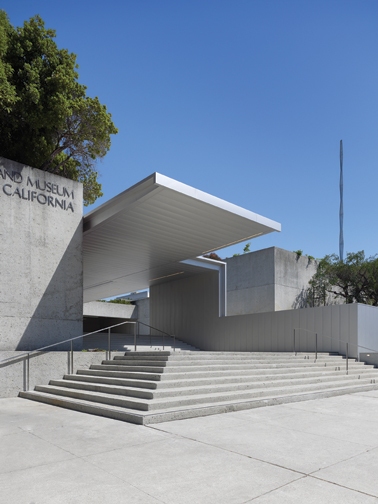 California Gets a New Cultural, Fun, Delicious and Interactive Destination

Depending on when you read this story, the radically transformed Oakland Museum of California will be:
■ Poised to host its razzle-dazzle, 31-hour, nonstop, free-to-the-public reopening party (starting 11 a.m. Saturday, May 1, and continuing to 6 p.m. Sunday, May 2);
■ In the throes of this grand celebration; or
■ The party will be over, but the museum will have reopened to the public after a nine-month shutdown for renovations and upgrades.
And if you hear yourself saying you’ve been there, done that, and know the museum well, don’t you believe it. Whether you’re a longtime friend or have yet to be initiated to what this California treasure has to offer, prepare to be amazed, delighted and surprised.
“A common complaint about museums is that they never change,” says Lori Fogarty, the museum’s executive director, who led the revamp and who also oversees museum operations, long-term planning and fund-raising. (The museum had money from Measure G, voted on by the citizens of Oakland in 2002. Thanks to this, plus grants from the National Science Foundation, the National Endowment for the Humanities and several other foundations, as well as private donations, the museum surpassed its initial capital campaign goal of $58 million.) At the time of writing, they were up to $60 million raised — and counting.
Now, expect change to be a constant. “Shows will change frequently, and we’re bringing in more contemporary content,” says Fogarty, a veteran of museum overhauls. She was working at SFMOMA when it opened in its state-of-the-art “new” home on Third Street 15 years ago. She was also at the Bay Area Discovery Museum in Sausalito when they refurbished and expanded. What Fogarty learned during those two experiences is the reason she pushed for and achieved “a daring transformation, not a renovation” at the Oakland–based museum. “To do something like this is a once-in-a-lifetime opportunity,” she says.
It was not the time to hesitate and merely make improvement. Expectations have changed around museums, some of which have been forced to close. There has been considerable research on the changing role of the museum, and Fogarty says for inspiration, cutting-edge adaptations around the world were viewed.
“Attention spans have shortened,” says Fogarty. “The public expects more.”
To survive, museums need to attract young people. With Web 2.0 and social media connecting people like never before and with the constant stream of messaging, for example, on Twitter and Facebook, the changes in how people communicate, interact, and use technology, had to lead them in their planning.
Constant questions they asked, says Fogarty, were: “How do we better welcome and engage people?” and “How do we inspire people?”
These days, says Fogarty, people come to a museum looking for the whole experience. They want to feel part of the story.
The “new” museum story Fogarty and her team have come up with is rich, exciting, varied and even delicious. It includes:
•    A total restaurant revamp, from the ground up. Chef Robert Dorsey III will head the new culinary team. (Remember him? He opened Blackberry Bistro on Park Boulevard in 2002 and before moving on, put that neighborhood on the Oakland dining destination map.) Dorsey’s menu, says Fogarty, will have a local, organic, sustainable, truly California focus.
•    A double-sized store. Fogarty expects to see a lot more people meeting, shopping and eating at the museum.
•    An extra 6,000 square feet of gallery space.
•    Physical galleries that are dynamic and flexible, plus program spaces in the galleries where there might be music, performance art or book signings.
•    More integration between the galleries and the collections. “When the original architect designed the museum, he had more integration between the floors, but walls were put in to separate the areas.” These have been taken down, creating more integrity to the original vision.
•    Modernized lighting throughout.
•    Improvements to the 270-seat James Moore Theatre, where movies and events are held.
•    “Loaded” lounges. Think of these as comfortable hangout spaces. You’ll find a “World War II Jukebox Lounge” with, yes, real discs and reading material from the WW II era. Similarly, a California literature lounge stocked with famous California books; an Arts and Crafts living room; and a contemporary-themed lounge with comfy chairs.
•    Creative technology uses; direct online linking; social network optimization for a customized (you make it your own) and integrated museum experience. In the history hangout area, for example, you can dress up, take a photo and e-mail it home or to the classroom. In a section of the art gallery, you can draw an image of yourself.
•    The focus has changed from telling the visitor what to think to having the visitor be part of the conversation and the dialogue.
•    There will be “loud hours,” says cultural arts developer Evelyn Orantes, who consulted, during the transformation, with the museum’s five advisory counsels: African American, Asian Pacific, Latino, teachers and Native American. “On Wednesday afternoon from 3 to 5, there will be music, and you can expect young people talking loud. Teenagers were put off by the constant hush, and this is to accommodate them. It’s a move away from the ivory tower image. We want the experience to be about the people; it’s a cultural shift for all of us.”
•    Reflecting the Bay Area’s diversity, signs will be in three languages: English, Spanish and Chinese.

When the Oakland Museum of California opened in 1969 uniting three different collections — art, history and natural sciences — under one roof (previously each was in a separate, smaller museum), the New York Times architecture critic wrote: “In terms of design and the environment, the Oakland Museum may be one of the most thoughtfully revolutionary structures in the world.”
Set where it is, on four city blocks near Lake Merritt, the building with its terraced gardens, central courtyard, walkways and outdoor sculpture parks was considered a landmark in museum design; a museum and community gathering space “for the people,” to quote the vision of architect Kevin Roche (who worked with landscape architect Dan Kiley). Anyone who has attended major events at the museum will know how functional and versatile it is as a community space. “This has always been the museum of the people. We’re not primarily a tourist destination like the San Francisco museums. This is our museum, and we’ll continue to have events,” says Fogarty.
The reconstruction (under project architect Mark Cavagnero Associates, San Francisco) began in 2007 with the creation of a state-of-the-art storage space for OMCA’s (Oakland Museum of California) collection of nearly two million objects.
The museum closed temporarily to the public in August 2009. The Gallery of California Art and the Gallery of California History reopen on May 1. The enhanced Natural Sciences Gallery will be completed in 2012.
But back to the grand May 1 and 2 reopening: “We will party for 31 straight hours in honor of California being the 31st state,” says Fogarty. “On the agenda will be a showcase of California firsts (including hula hooping and yo-yoing), a surprise 11 a.m. opening ceremony on the Saturday and wonderful late night and early morning happenings. Free admission. A huge kickoff.”
The reopening exhibitions in the completed galleries will showcase the permanent collection. The first temporary exhibition, featuring Emeryville–based Pixar, will open on July 31, 2010.

Museum Hours
Visit the Oakland Museum of California 11 a.m. to 5 p.m. Wednesday, Saturday and Sunday and 11 a.m. to 8 p.m. Thursday and Friday. Check the website regularly for events and updated programs: museumca.org. The grand free admission reopening ceremony kicks off at 11 a.m. on May 1 and continues, nonstop, until 6 p.m. on May 2. 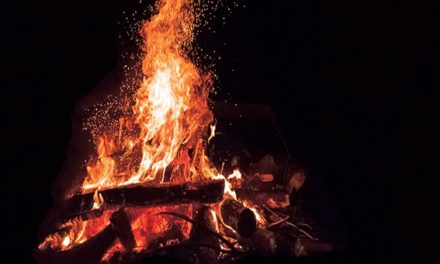 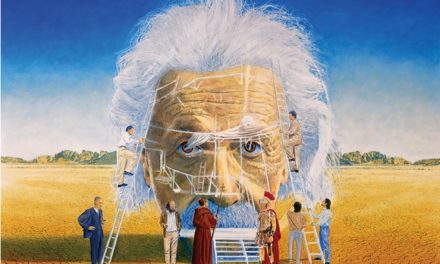 When the Surrealist Met the Magical Realist 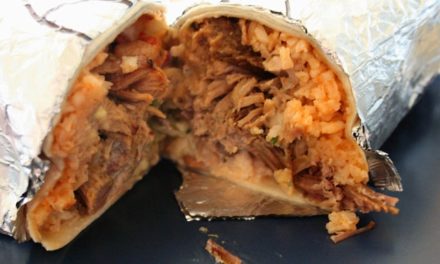