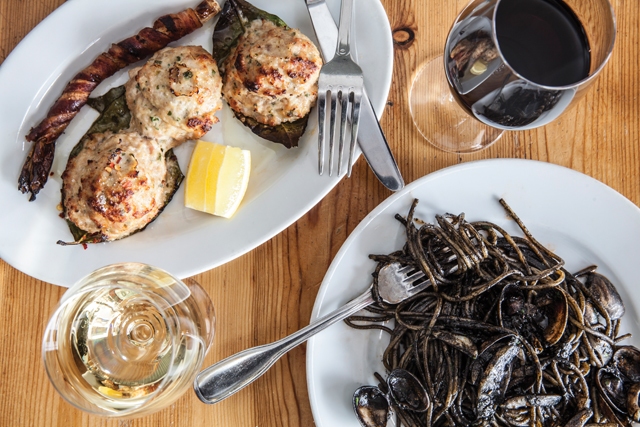 Jon Smulewitz tightens his focus, with the region of Sicily squarely in his culinary sights, and strikes a balance between new and tried-and-true.

In “You’re a Big Girl Now” in 1974, Bob Dylan sang, “What’s the use of changing horses in midstream?” For chef/owner Jon Smulewitz, switching his ride after 12 successful years at the reins of Dopo on Piedmont Avenue wasn’t about putting fresh legs under himself. It was to make a subtle shift in direction, from a somewhat generalized (but never generic) Italian menu to one focused more tightly on the cuisine of his grandmother’s homeland, Sicily. Thus, the addition of “Palmento a” to the restaurant’s original name, referring to the island’s historic stone cellars where grapes were crushed and wine was made and stored, and the appearance of such items as caramelle (small stuffed pasta) with vin cotto (wine reduction sauce) and oregano, gelatina di maiale (pork gelatin), and poplette all’ Etna (traditional meatballs from the Mount Etna region).

As co-owner and front-of-house manager, Kayta Smulewitz told the San Francisco Chronicle’s “Inside Scoop” one year ago, when she and Jon launched the changes, “My husband travels there every year and keeps getting inspired by it—we’re always adding a few more Sicilian items—so we just thought it would be a cool idea.” Twelve months later, the quiet revolution has settled into a very Dopo-like, i.e. unostentatious, routine of experimentation that brings new dishes to the fore on a daily basis, pivots gently according to what local vendors, such as Monterey Fish Company, have brought in fresh, and refines the favorites that refuse to disappear from the menu.

Sicily occupies just less than 10,000 square miles of volcanic land off the toe of Italy’s boot; its nine provinces have given rise to countless culinary customs and provide Smulewitz with inexhaustible fodder for investigation. He riffs off traditional recipes from Palermo, Siracusa, Catania, Enna, and elsewhere, with a spirit of curiosity and creativity much like that of Duende’s Paul Canales, who extrapolates from the Basque, Catalan, and Andalucian cuisines of Spain.

Probably the best, or at least quickest, way to experience the full scope of Palmento a Dopo’s menu is to order the tasting menu (sono nelle tue mani). It costs $70 per person, and the whole table must partake. Or you could start with a sampler of the hot or cold antipasti at $17 per person, or both at $28, and then move on to the bigger plates. Robin and I did neither at our two recent dinners, partly because we know our limitations, and partly because we intend to make many return visits for lunches (panini and arancini, anyone?) and dinners (I have to try the stuffed seppi, aka cuttlefish, and the octopus en brodo).

Our strategy instead was to try a few novel and different thing and then come back to test out the old favorites. Two things that were new since the last time we ate at Dopo were the addition of cocktails and the Sicilianization of the wine list. So, while we dipped the scrumptiously crusty house bread into olive oil, I sipped a straightforward, nicely balanced Negroni, and Robin found her vino sweet spot in a glass of 2014 Tami label Nero d’Avola, a hearty red made by Arianna Occhipinti in Vittoria. For antipasti, we stuck to the sea: tuna crudo with lemon and steelhead roe, clean and glistening and bursting in the mouth with fresh, salty, and citrusy flavors, and, at the opposite end of the texture spectrum, lightly battered squid, a tad chewy, fried with ceci beans (chickpeas) and onion.

We took to the land for our larger plates. A primi of the aforementioned caramelle pasta, filled with lamb, ricotta, and pecorino, and dyed burgundy by the wine sauce, was immensely satisfying. As our secondi, the polpette—three large meatballs, sausage-like in texture and made with hen legs, pancetta, and pecorino, plus a little bread, cream, chili, and onion—were revelatory, and so light in color that they looked like puffy scones. Both dishes were presented simply. Nothing garnished the pasta, and the meatballs were accompanied by a pancetta-wrapped spring scallion (more please) and rested on the citrus leaves they were cooked with and scented by. A glass of funky, natural Frappato, a light-bodied red wine from vintner Paolo Cali in Ragusa province, was rather sour on its own, but it paired perfectly with the pasta and polpette, as our server had promised.

Prices are higher now at Dopo, but among the things that haven’t changed much are the layout and décor, the friendly, efficient service, even when the kitchen gets a bit backed up, and the menu presence of exemplary thin-crust, not Sicilian, pizza and luscious lasagna, now made with narrower lasagnette noodles and given a Palermitana twist with a lamb ragu filling. Until our next-door neighbors put an imported wood-burning pizza oven in their backyard, Dopo was our go-to place for pizza, even after so many heralded alternatives arose in Oakland. The crisp version we had with tomato sauce, mozzarella di bufala, and oregano reminded us why. We ate that, make that devoured that, along with the cheesy, meaty lasagnette, at our second dinner. We we sat out front at a sidewalk table on a 75-degree Oakland night and started with a plate of fluffy mixed lettuces dressed with a whisper of refreshing vinaigrette, sipped a terrific gin Martini (me) and another glass of Nero d’Avola (Robin), and finished with a pair of cannoli that struck the requisite exquisite balance of crunchy fried pastry tube and cloudlike, creamy, cheesy filling.

The cannoli was a tough choice, what with pistachio-crusted ricotta torta, diplomatico (chocolate mousse cake), orange granita, biscotti, and three flavors of gelato on the dolci menu. But it was the right choice, as was every one we made both nights—and as have been, it seems, all the decisions made by the Smulewitzes, who also own Adesso up the street, as they ride that fine line between sticking with the tried-and-true and ringing in the changes. 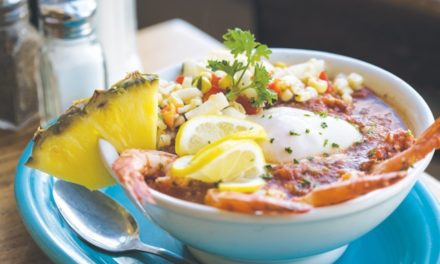 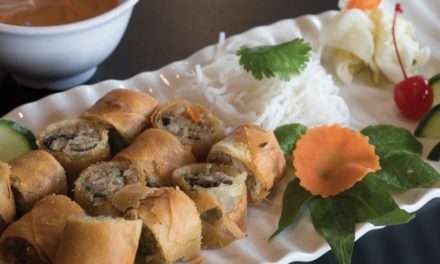 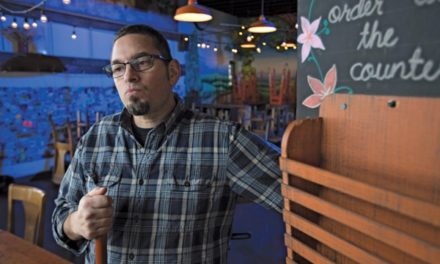 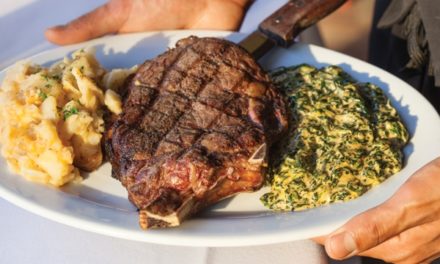