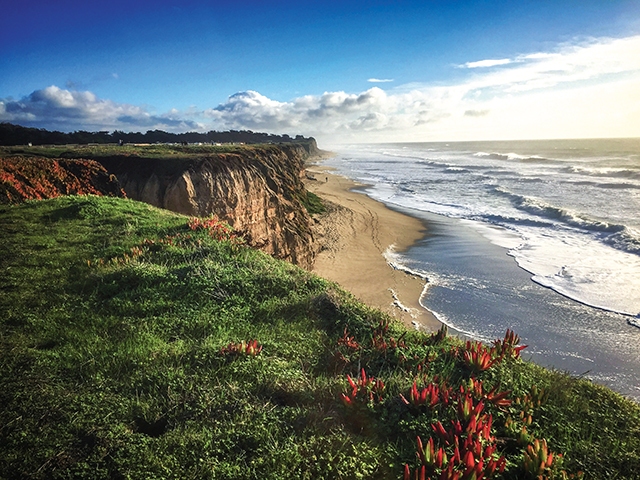 Discover graves, ghosts, chowder, and the Mavericks’ monster waves at this town teetering on the edge of the Pacific Ocean.

Half Moon Bay sits amid 300 eye-popping square miles of beaches, farms, and beautiful greenery. Signs of life coast by — from small biplanes, above, to surfers, horseback riders, roadside cyclists, and even dedicated joggers at the high-school track — regardless of fog or morning mist.

Water is treasured here. Check the gigantic 50-foot waves that drive the Mavericks surfing contest, launched in 1999. Water also brings to life locally grown produce such as Brussels sprouts, artichokes, spinach, and broccoli — fueling kitchens at the posh Ritz-Carlton and popular Sam’s Chowder House, and accompanying the silken carbs served at Pasta Moon. Flowers and orchids are grown here commercially, with fields of bright wildflowers, pumpkins, and Christmas trees providing further visuals, depending on the season.

Costanoan people lived here for centuries even before, circa 1840. What we now know as Half Moon Bay was called Spanishtown.

Just 4 miles south, the Purissima Cemetery amounts to a ghost town, more sweet than spooky. From the 1860s through 1940, there was a school here, along with a post office and hotel — and residents could be buried for free. The current cemetery operators practice “natural” burials, sans embalming fluids. Rather than concrete vaults, think hand-dug graves and a marked appreciation for the surrounding trails, cedar and pine trees, and river. Older burials dating back to the last century are a curiosity: One marker reveals that a baby buried below it was “eight months and nine days old.” Surely, every day counted. 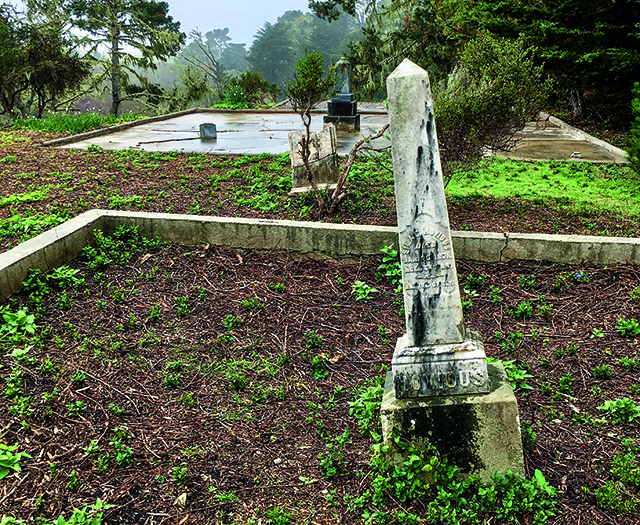 A 2018 burial mound is topped with hearts made from purple flowers. Eyeing pinecones while listening to the chirp of birds nearby, it’s easy enough to sense that love can be so expressed in novel fashion.

The Half Moon Bay Jail museum, which opened just last year at one of the oldest remaining public sites in town, includes two cells. While brushing up on the history of rum running and Prohibition, as well as the Gold Rush and World War II, ponder whether the museum’s dolls are watching you.

Or it could be time for lunch. Reserve a table at the Moss Beach Distillery in nearby Moss Beach or opt for an outdoor patio table with ocean views: House-made hot chocolate and sturdy wool blankets keep shivers to a minimum. While seafood and beer-battered artichoke hearts are a draw here, the ghost of the Blue Lady beckons. Legends say she was a beautiful young woman who had a love affair with a piano player and was stabbed to death at the hand of her husband. As the focus of countless TV shows, the Blue Lady reportedly communicated to psychic Annette Martin that she emphatically likes to be around happy people. 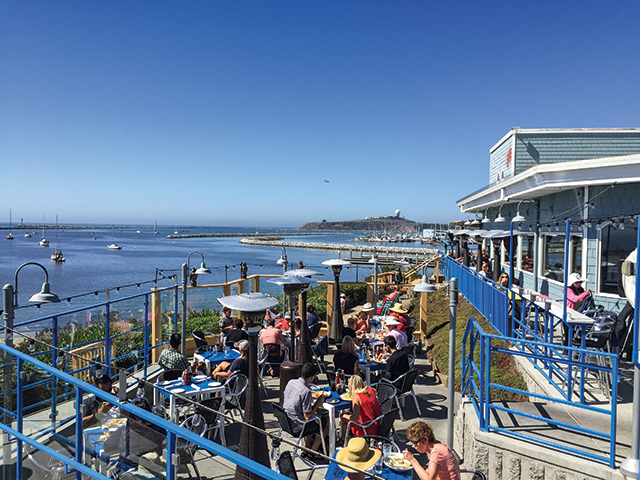 Ghosts allegedly make themselves right at home in room 6 of the Zaballa House on Main Street — site of so-called paranormal activity year-round, boo. Further south, the Beach House Hotel’s balconied suites overlook the Pacific Ocean. An in-room fireplace is perfect for when the MYOF — make your own fire, of course — urge hits, maybe heightened by ghostly shivers.

That balcony is spectacular at sunset. Or take an easy stroll to Sam’s Chowder House for a pleasing plate of lobster spaghetti or local fish, eaten while gazing out to sea. 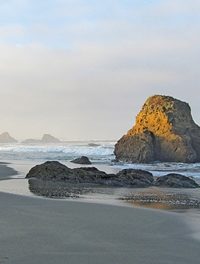 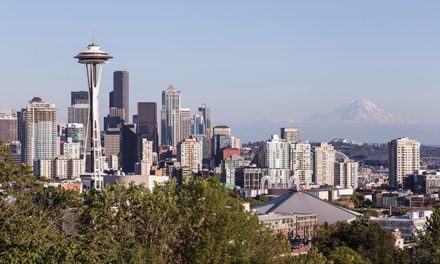 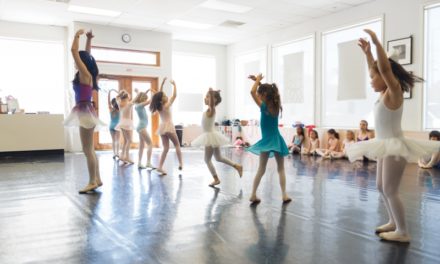 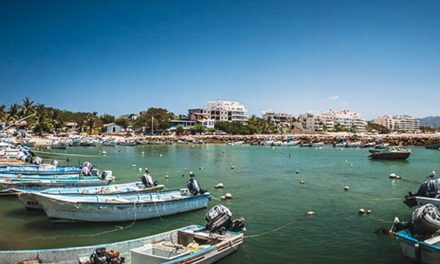