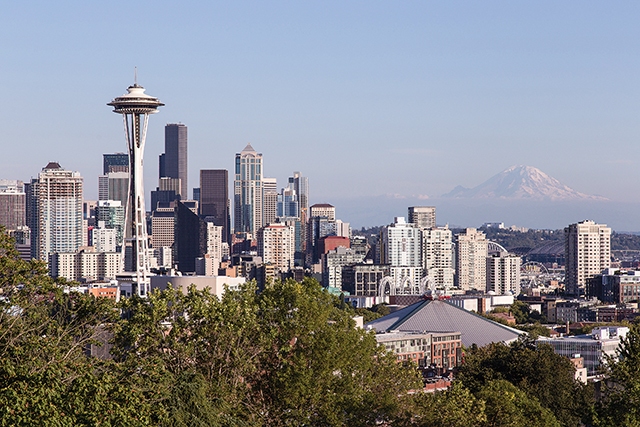 Emerald City charms with storied attractions like Pike Place Market and the Space Needle but shines with new attractions, including Hotel Alexis and the Nordic Museum.

It’s been said that millions of people wake up with at least one Seattle brand in the morning, and often more: a Microsoft computer, Starbucks coffee, and Amazon, the online retailer that’s now taking over the world.

But those aren’t the only lingering memories of Emerald City, which nonstop flights from Oakland airport reach in under two hours.

Any admirer of Dale Chihuly’s art will be thrilled to tour Chihuly Garden & Glass, an entire museum devoted to the world’s most famous glass artist, a native of nearby Tacoma. His wildly colorful, distinctive sculptures — shaped like plants, tendrils, globes, and needles — dazzle in creations dubbed Mille Fiori, Persian Ceiling, Ikebana, and Float Boat. In the garden, slender cobalt-blue and purple needles and a giant yellow tendril-filled globe compete for attention with actual flowers and plants — and win.

This visual feast is right next to the Space Needle, that iconic sight whose panoramas of Puget Sound and Mount Rainier are now heightened by floor-to-ceiling windows on the observation deck.

Stock up on garam masala at Market Spices, watch the fish-tossers, and navigate the rest of the market’s bounty: It’s especially easy when accompanied by a tour guide from Savor Seattle. This local company’s retinue also features gourmet food-and-drink tasting tours and a progressive dinner at four restaurants, including one helmed by acclaimed local chef and Iron Chef winner Tom Douglas.

But the hardiest food fans will want to be in Seattle for Taste Washington, a giant springtime festival now in its 22nd year and featuring over 200 wineries and 60 restaurants.

Nature is never far away in Seattle. A huge park on Puget Sound, 534-acre Discovery Park, abounds with biking and hiking trails, forests, beaches, and the West Point Lighthouse. Nature also resides at the Seattle Art Museum, where you might see landscapes by famous artists from Monet, Klimt, and J.M.W. Turner to Georgia O’Keeffe — all from Microsoft co-owner Paul Allen’s private collection. And Amazon headquarters’ indoor garden comprising over 40,000 plants from more than 50 countries, known as The Spheres, was finally completed early this year and is now open for public tours.

Converse with Alexa beside your bed at Hotel Alexis, the nation’s first hotel equipped with the Echo Dot housing the virtual concierge in all of its guest rooms. Oddly — given that futuristic fact — this Kimpton hotel is in a 1901 building downtown. If you’re eager to avoid that other coffee shop, consider another one nearby: Ancient Grounds. Adorned with masks, silk kimonos, temple dragon screens, and wood-carvings from Japan, Borneo, and Pacific Northwestern indigenous tribes, it doubles as an art gallery.

And it won’t be your only old-school surprise. One of the best record stores in the country is Bop Street Records, whose collection of over 500,000 vinyl records and CDs ranges from classic rock, soul, jazz, and blues to world music. Tunes blaring from its expansive depths make this shop in Seattle’s Ballard district easy to find. And reflecting that district’s Scandinavian heritage, a striking new Nordic Museum opened there in May, covering 12,000 years of Nordic and Scandinavian-American history, from textiles to furniture. 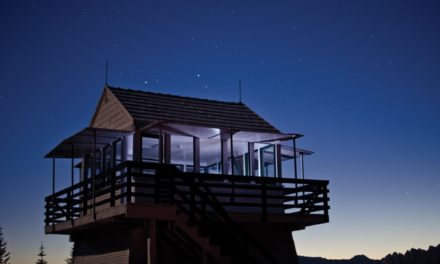 How to Rent a Former Fire Lookout Cabin in California 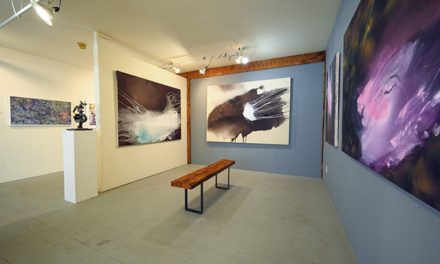 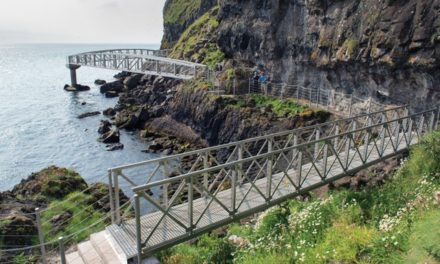 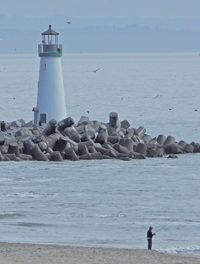 Santa Cruz in the Off Season