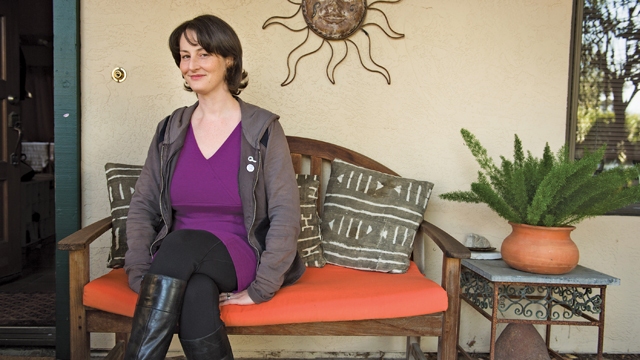 Angela Hockabout says it’s shortsighted for cities to not build the housing they need.

Unlike tenants’ groups in other cities, the main renters’ organization in Alameda is calling not only for affordable housing, but market-rate units as well.

Angela Hockabout’s two young sons still ask her if they can move back to their old apartment in Alameda. They can’t: After a massive rent hike, the Hockabouts were forced to move out three years ago. They now live with Angela’s aging mother-in-law.

Livid, Hockabout created a Facebook group to organize local tenants. But unlike similar groups in other cities, the Alameda Renters Coalition does more than fight for rent control and eviction protections; it also advocates for building more housing in Alameda—both affordable and market-rate units.

“We have some of the most open property to be able to develop,” Hockabout said. “And it seems stupid and shortsighted to not build the housing that we need.” Hockabout noted that the construction of market-rate and luxury apartments in San Francisco has helped stabilize prices there in recent months.

During a recent drive around Alameda, Hockabout cringed as her old green Subaru motored through a nearly empty parking lot. “This is a business park, it’s the middle of the workday, and almost all these parking spaces are empty—it’s an outrage,” she said. “Every time I pass a business park I want to cry, because there isn’t housing on top.

“I keep seeing more and more of our favorite local businesses forced out, and it occurs to me that a lot of tenants’ income goes to rent and not going out to enjoy themselves,” Hockabout added. “The growing share of profit that landlords command is really holding our economy back.”

Mari Perez-Ruiz, current president of the Alameda Renters Coalition, was similarly spurred into action by a moment of trauma. She recalled a city hearing in the early 2000s in which low-income renters were fighting eviction from substandard apartments slated for demolition. One family crammed several children into a small studio, and the mother, unable to fit her wheelchair inside, was forced to maneuver around the apartment by crawling. “That is an image that has stayed with me, and drives me, to this day,” Perez-Ruiz said.

The Alameda Renters Coalition campaigned for last year’s ill-fated Measure M, a ballot initiative that aimed to introduce new tenant protections in Alameda, including rent control and just-cause evictions. But many critics—and a majority of voters—saw it as too extreme. Still, proponents are undeterred: They’re still pushing for more tenant protections on the Island, while also arguing that increasing the supply of housing will help stabilize or even reduce prices in Alameda. According to the real estate firm Trulia, the median rent in Alameda in early February was $3,800 a month.

The increasingly pro-growth stance of Alameda renters represents a stark contrast with tenants’ groups in other cities. Traditionally, tenants’ organizations usually focus on eviction protections and rent control laws, while remaining ambivalent about new housing construction—or even opposing it.

For example, San Francisco Mayor Ed Lee and city legislators last year introduced a plan to greatly increase the number of affordable housing units in San Francisco by offering to ease regulations on market-rate developers if they include more affordable housing in their projects. But to date, much of the proposal remains stalled, except for one provision that allows developers to build only affordable units. “We are not opposed to building affordable housing, but doing that in a way where there’s no review, and done by people who are the tools of those developers, is really suspect,” said Deepa Varma, executive director of the San Francisco Tenants Union, in a recent radio interview.

In Alameda, the creation of dense housing has been artificially suppressed by Measure A, which was passed by Island voters in 1973 and requires special permission for any multiunit project. In addition, opponents of new housing in Alameda have often complained that it will cause traffic gridlock and more parking problems. A recent city staff report found that 78 percent of commuters from Alameda leave and return alone in a personal vehicle, compared to just 34 percent of commuters in transit-rich San Francisco.

Laura Thomas, a co-founder of Renewed Hope, an advocacy group that formed in the late 1990s in response to rapid displacement of Alameda’s black population by the rapid demolition of World War II-era low-income housing, is optimistic about California’s Density Bonus law, which allows developers to increase a project’s residential density by up to 35 percent in exchange for subsidized units. “It allows us to get as much affordable housing as possible,” Thomas said.

Thomas’ organization is named in honor of HOPE, or Housing Opportunities Provided Equally, a group dating back to the 1960s that organized to enforce the federal Fair Housing Act against racial discrimination in the rental market. In 2012, Renewed Hope pushed the city of Alameda to enact a Housing Element, a state-mandated document outlining how the city plans to meet its Regional Housing Needs Allocation. The Housing Element allows for some of the first multifamily developments built in decades.

Currently, Alameda has a few large multiunit housing projects in progress, including 1,425 units at Alameda Point and 600 units at the Encinal Terminals project. Both will include substantial amounts of affordable housing.

Thomas and Hockabout also pointed to the upcoming 380-unit housing project at the former Del Monte site (currently occupied by a dilapidated warehouse) as a prime example of Alamedans’ increasingly positive—albeit conditional—attitude toward new housing. Neighbors of the Del Monte project formed Plan! Alameda, a group that hosted forums for local residents to share ideas and concerns with the developer. These interactions were “incredibly successful,” Hockabout said.

Their blueprint of civic engagement mirrors that of the Alameda Home Team, a local nonprofit that has organized dozens of forums with developers over the past decade.

“We start from the premise that change is inevitable,” Alameda Home Team’s founder, Helen Sause, explained at a recent panel discussion. “So we bring everyone together to see how we want this change to happen.”

Diego Aguilar-Canabal is a pro-housing activist. 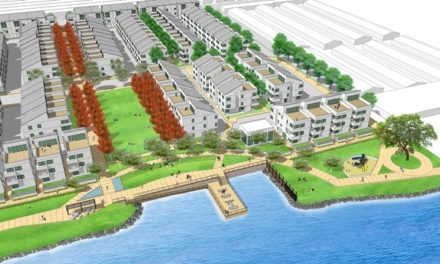 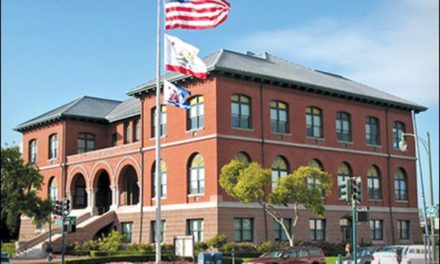 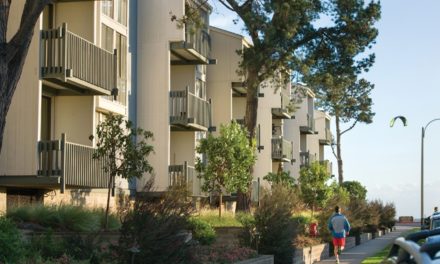 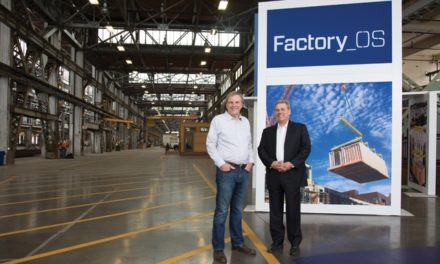