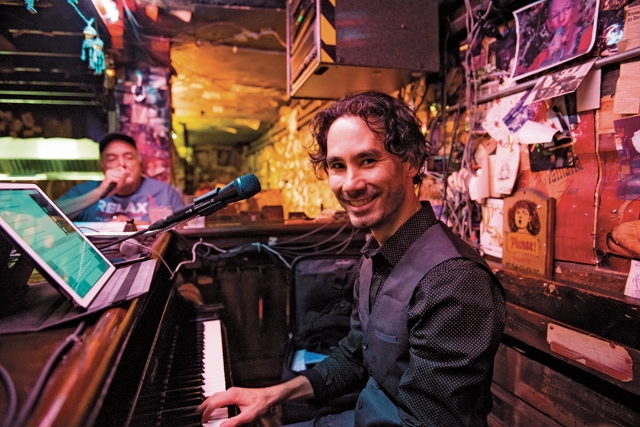 Bryan Seet is one of the new players.

Jef Labes and Bryan Seet become the ivory ticklers at one of Oakland’s longest-running bars.

In the pantheon of bars in Oakland, The Alley is its own beast, standing outside of the big bar party, eating a steak and singing, well, in the alley. This dive of the business-cards-stapled-to-the-wall persuasion remains Oakland’s third oldest, and thankfully, it’s coming back to rights after a rough year so far.

For, alas, in April, The Alley’s inimitable and infinitely long-lived Rod Dibble was forced to retire due to illness. (Dibble died on Dec. 18, after this story was printed).

Such a man was Dibble that it took a herd of humans to replace him. In this steak-and-potatoes establishment, the norm had traditionally been old standards, songs written and produced before 1960. Since Dibble’s retirement, however, new songs have been added to the existing books: choice cuts from the Beatles, Neil Diamond, and Van Morrison.

That last one comes thanks to Jef Labes, one of the new ivory ticklers. Or, newish, by Dibble’s standards. Labes has been playing Friday nights at The Alley for a few years now. His original claim to fame is as the keyboardist on Van Morrison’s “Moondance.”

Bryan Seet is the other man filling in Dibble’s shoes. He normally plays pop songs with the Peeler Band, and did a 14-month stint with the band going back and forth to Las Vegas every weekend. Seet began to play after Dibble went home at midnight on Thursdays and Saturdays, but now he has taken over the legend’s main shift. “It happened organically,” said Seet of his coming to play after Dibble.

“I happened to walk in there at the beginning of last year. I asked [long-time bartender] Jen, ‘What does it take to play the piano here?’ She said, ‘If you want to come in and play, Rod finishes at midnight on Thursdays, and you can come in and you can play then,” said Seet.

That made him the obvious choice to take over when Dibble retired earlier this year.

Of Dibble, said Seet, “He’s a legend. It’s intimidating to step into those shoes. He’s played for 50 years; he knows 4,000 songs by heart. He’s loved by everyone there. It wasn’t really planned that I was going to take over, but to fill those shoes is an honor, and I appreciate what he’s done, bringing the Great American Songbook up to this date.”

Veteran server Brian Golden said that the crowd hasn’t changed too much since Dibble left, but he did admit that when he began working there five years ago, none of the songs sung at the piano were written after 1960.

Golden said that The Alley is still a cozy place for regulars, with most folks working there for many years at a time.

That’s why Joe Costa comes here all the way from Crockett. After his wife died, he was looking for something to do, and found The Alley four years ago. He’s there every Thursday for Seet, now, come rain or shine.

Costa said that Labes and the Friday crowds are a bit too jazzy for his tastes and that he prefers to sing the old standards that he’s grown accustomed to. Seet is demure about Costa’s favoritism: He calls Labes a legend as well.

When asked if he hopes to last as long as Dibble, and continue to play for the next 50 years, Seet seems excited by the idea. “If I could last as long as long as Rod, sure! I love doing it. It’s like having a family. The people who are regulars are not just regulars, they’re family. It’s similar to what I’d do at home anyway. When I’d have parties at my place, we’d have instruments. We’d sing; we’d share stories; we’d drink. That’s what The Alley is. I get to do it in a professional way twice every week,” said Seet. 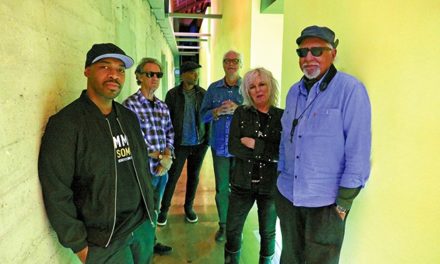 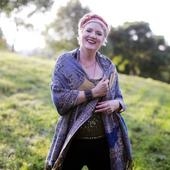 Monica Pasqual Shines a Light on the Darkness 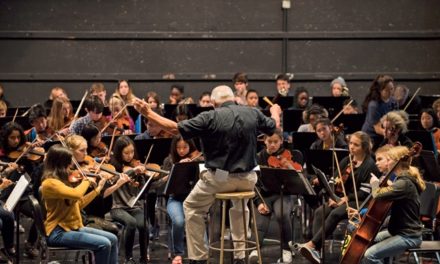 A Symphonic Coming of Age 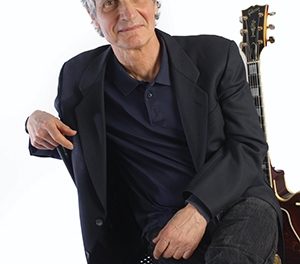