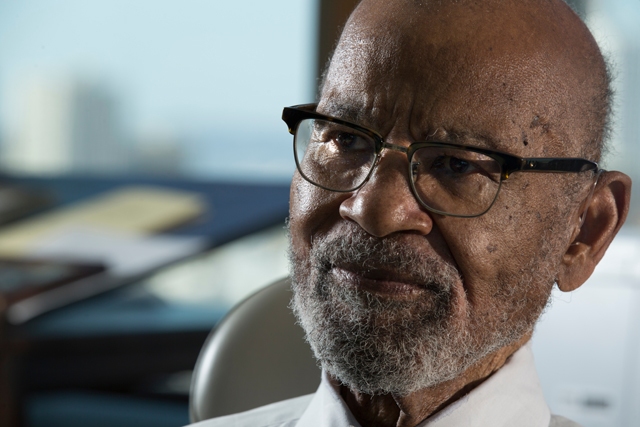 On the eve of his retirement, the federal judge who reshaped the state’s prison system and the Oakland Police Department speaks on his role in the civil rights movement and the future of justice in the Trump era.

Thelton Henderson had once imagined that the Oakland Police Department would complete its 14-year-reform effort by the time he retired from the federal bench. But those hopes were dashed after last year’s OPD sex abuse scandal involving an exploited teenage girl. When Judge Henderson steps down on Aug. 11 after 37 years, he’ll have to turn the case over to Judge William Orrick III, the son of one of Henderson’s early mentors.

“I think the situation is akin to a Shakespearean tragedy,” Henderson said during a recent interview in his San Francisco chambers. “I was beginning to say to myself and my staff and to insiders that I could finally see the light at the end of the tunnel.”

On July 10, during his last hearing overseeing the OPD case, Henderson called top city officials to court, including Mayor Libby Schaaf and Police Chief Anne Kirkpatrick. A scathing report by investigators appointed by Henderson had accused the department of conducting a “seriously deficient” investigation into misconduct by a dozen officers or more.

Henderson had first learned of the scandal in March 2016 through court-appointed monitor Robert Warshaw. A suicide note left by Oakland police Officer Brendan O’Brien in September 2015 had implicated cops in having sex with a victim of sex trafficking who went by the name Celeste Guap. Eventually, OPD disciplined 12 officers, firing four of them. Prosecutors filed criminal charges against three officers and a retired sergeant.

The court investigators appointed by Henderson found that without intervention, likely no officers would have been held accountable. The department had botched nearly every aspect of the investigation, including hiding the case from the district attorney’s office and allowing the victim to destroy evidence during a police interview.

The wide-ranging scandal represented a serious setback for OPD, a department that in recent years had been examined as a national model for reform. Under Henderson’s watch, the department has reduced racial profiling and the use of force. In 2014 and 2016, for the first time in decades, there were no shootings by Oakland police officers.

Henderson’s influence can be felt throughout California’s justice system. Not only was he one of the first judges to take on comprehensive police reform, he placed the California prison system under court control after finding that the abysmal state of its medical care system was unconstitutional.

Gov. Jerry Brown challenged one particularly ambitious order—to reduce the prison population by 46,000—all the way to the U.S. Supreme Court, arguing that a federal judge couldn’t tell California how to run its prisons. Henderson likened Brown’s argument to that of Alabama Gov. George Wallace who contended 50 years ago that a judge couldn’t tell Alabama how to run its schools.

“Well, the hell you can’t, and Brown vs. Board of Education put it into law,” said the 83-year-old Henderson. “We can tell them how to run their prisons when the prisons are violating Constitutional standards, in this case, the Eighth Amendment. It doesn’t help to call me an activist judge; it doesn’t mean anything.”

The Supreme Court upheld the ruling in a 5-4 vote in 2011. Since then, California has successfully reduced its prison population to the court’s target and improved its medical care. California prisons remain under court oversight to ensure sustained compliance.

In the years ahead, prison reform will likely be Henderson’s most enduring legacy, but his influence can be felt in disability rights, veteran’s services, and even the “dolphin safe” labels on cans of tuna. Most recently, he presided over PG&E’s criminal trial for the 2010 pipeline explosion in San Bruno that killed eight people.

Once a liaison between Martin Luther King Jr. and Bobby Kennedy, Henderson has a career that spanned 11 presidents. He ran a legal aid office, had been a defense attorney and a dean at Stanford Law School, and famously was fired from the Justice Department for loaning his car to King. As a judge, he is known for his meticulous fact-finding and dogged persistence.

“He has led an exemplary life as far as working for greater civil rights, not only for African Americans but really for all people,” said Jim Chanin, one of the attorneys who brought the Oakland police case. “I think his accomplishments are so vast it’s very difficult to sum them all up in any one set of quotes. He will be missed terribly.”

Born in Shreveport, La., in 1933, Thelton Eugene Henderson moved with his family as a child to South Central Los Angeles, where he later attended high school. In 1951, he enrolled at UC Berkeley on a football scholarship. He was a particularly fast halfback until he injured his knee during his sophomore year. After a stint in the Army, he returned to Berkeley to go to law school.

He joined the U.S. Department of Justice under Attorney General Bobby Kennedy in 1962. Henderson said he landed the job “quite by accident,” but that description minimizes his diligent study as one of only two black graduates of the law school that year. At the time, Assistant Attorney General John Doar was accounting for minority employment in other government agencies, but then someone pointed out that Doar didn’t have any black attorneys working in the field. So he went to Berkeley to recruit, and the law school dean recommended Henderson.

When Henderson joined the DOJ’s nascent civil rights division, it only had 37 attorneys and was focused on voting rights in the Deep South, specifically in Mississippi, Alabama, and Louisiana. Initially assigned to the Louisiana branch, Henderson soon found himself roving between the three states depending on whether something particularly important was brewing there.

Henderson said that although he encountered discrimination at times throughout his life, the racism in the South was shocking. “I really saw what racism was about down South and how the people were treated,” he said. “The cruelty and brutality really woke me up to what was really going on.”

In an interview with historian Leah McGarrigle, Henderson related one particularly harrowing incident in which he once stopped at a gas station phone booth to call Doar while with an intern driving through Forest, Miss., deep in Ku Klux Klan country. As Henderson’s conversation ran long, a hostile crowd started gathering. Henderson quickly got in his car and drove away—the wrong way so as not to cross the double-yellow line in the road, fearing that he and the intern would be arrested.

He recalled that when they turned around and came back, “that gas station was loaded with people … We think that they had put out the call and that we would have been lynched if we had another five minutes.”

Henderson first arrived in Birmingham as an observer in 1963 for an upcoming civil rights campaign. He anticipated there would be civil rights violations from the brutal policing of Commissioner Bull Connor. He was right: Connor turned dogs and fire hoses on marching students and children. The images broadcast worldwide helped galvanize support for civil rights legislation. 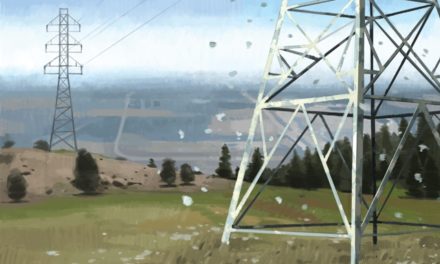 Getting the Lead Off 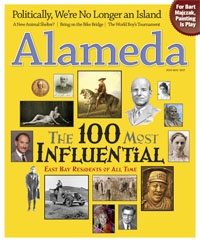 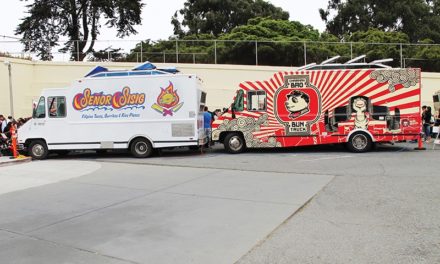