There’s a Toad in My Tea 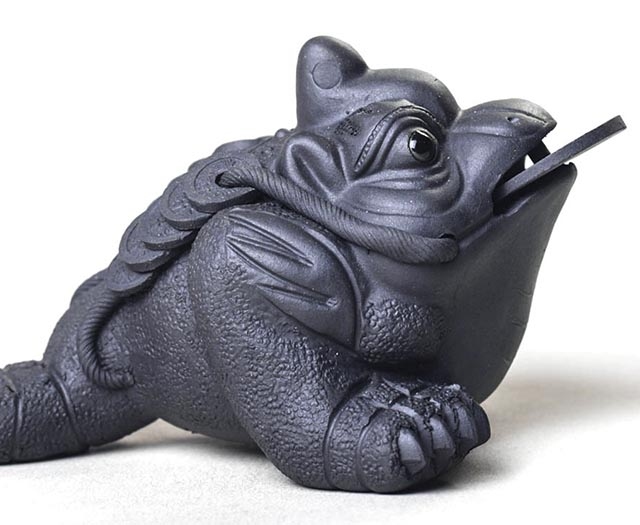 Tea lovers are having some fun with Chinese clay tea pets.

Some tea lovers are having fun with tea pets, small, unglazed figurines made from the same zisha clay used to mold Yixing teapots. American tea aficionados have made these traditional Chinese teapots a must-have for the proper steeping of some kinds of tea in the gong fu cha ceremony, where they are placed on the tray during preparation.

Tea pets were “born,” according to tea wholesaler Teasenz, during the Yuan dynasty (1206-1368 CE). Three types of zisha clay may be used: purple, red and green, alone or in combination, to create images of mythical and real animals, Buddhist or Confucian figures, and even the beloved “pee pee boy,” used to determine whether the water is hot enough for tea. Tea pets are not glazed for firing, because the whole point is to pour leftover tea over the pet, allowing the rough surface to absorb the tea’s color, gradually creating a rich, glistening patina.

“During a traditional tea preparation, the first brew, ‘the rinse,’ is often discarded,” explained Lisa Lin, tea specialist at Teasenz. “Instead of directly discarding, you can rinse it over the tea pet. This ‘nurtures’ the tea pet, allowing it to become more smooth and shiny over time.” Classically, a special “tea brush” is used to brush off the excess tea and help it absorb evenly.

John Brown, co-owner of Sophie’s Cuppa Tea in Montclair Village, first noticed tea pets during visits to China in the 1970s but didn’t understand what they were or how they were used. But as he met Chinese tea masters over the years, and watched gong fu cha, he began to appreciate how the pets were arranged and their significance. When he and partner Xiaobei Wei opened Sophie’s, they included a collection of tea pets alongside their all-Chinese teas collection.

At West Berkeley’s Teance, tea sommelier Ethan Brandt noted that “the majority of customers do not know what a tea pet is or how they are traditionally used.” But, he added, “we also have a group of regulars” who know exactly what tea pets are and frequently buy them as a gifts for other tea fanciers.

Imperial Tea Court in Berkeley also carries tea pets, including one of the most famous, the three-legged treasure toad (or frog). Associated with prosperity, the toad/frog can be placed with a coin in its mouth, and in that case, should be set facing you, according to feng shui rules. Without the coin, the toad/frog can be placed in businesses facing the door, soliciting wealth to come in. Imperial Tea Court founder Roy Fong agreed that during the last 10 years, he’s seen an increase in knowledge about the tea pets — and a corresponding increase in sales.

In addition to the treasure toad and the “pee pee boy,” tea pet versions include Chinese zodiac figures such as the Monkey and Pig. Mythical creatures, such as the Qilin, a hooved, dragon-like creature that folklore says appears “with the imminent arrival or passing of a sage or illustrious ruler,” and the Pixiu, the ninth son of the dragon “who feeds on gold and silver,” are also popular. Maitreya, the Buddha of the Future, is another choice, along with images of Guan Yin, Goddess (or Boddhisatva) of Compassion. Then there is the Bai cai (bok choy), also associated with wealth.

The Chinese word for “elephant” is pronounced like that of the word for “auspicious,” so the gentle, intelligent Elephant is another favorite tea pet. The Bat represents a blessing from heaven; the Turtle, longevity; and the Carp, good luck. In a modern innovation, the Peanut encourages fertility.

Potential tea pet buyers will notice a wide variation in prices for the pets, ranging from less than $10 on some online sites up to $400 at Sophie’s for some very intricately carved figures made from the rare green clay, which turns eggshell white after being fired.

Lin explained, “Price is determined mainly by the amount of manual labor. The more time is spent on the small details, the more expensive [the pet] gets. Material matters, especially if more expensive types of clay are used.”

It’s worth noting that the adage “you get what you pay for” applies here, and very inexpensive pets may be made from clays containing toxic substances, and probably should be avoided.

Maintaining the pet, said Lin, “is quite similar to maintaining a Yixing teapot.” The pets should be rinsed only in water, with no soap or dishwashing liquid used. “This ensures the progressive increase in fragrance and color of the tea pet,” she said.

As a gift, tea pets are often bought with Chinese or Taiwanese teas, said Brandt. Lin recommended adding a tea brush/tea knife set, which can be found on the Teasenz website, along with a selection of the pets, at Teasenz.com.

Brown pointed out that the more exquisite ones often become family heirlooms, and that they are very collectible.

“There’s a growing global community of tea enthusiasts to whom tea is more than just a beverage,” said Lin. “When people start to embrace the ceremonial aspect of traditional tea making, they’ll soon discover tea pets and their role in the process of making tea.” 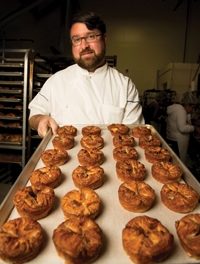 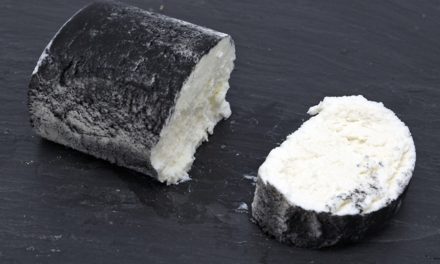 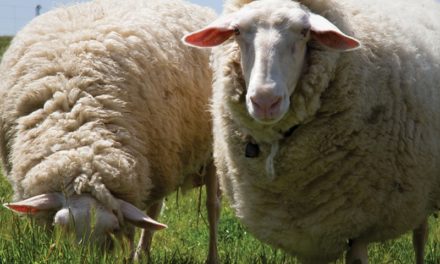 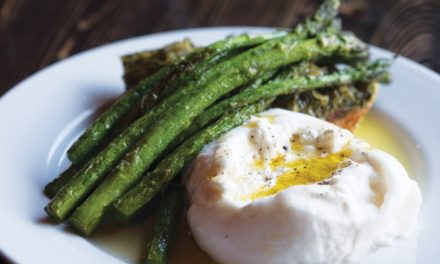