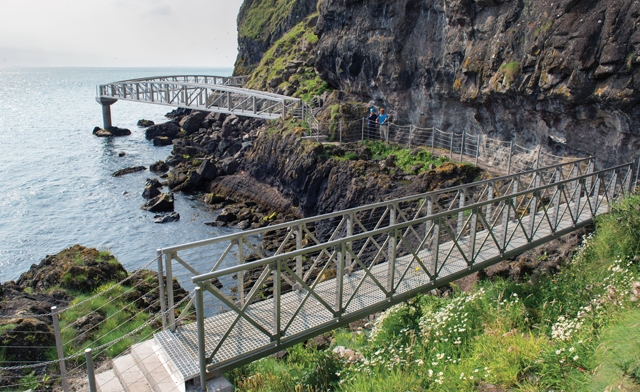 Belfast is on the rise as a travel destination, evidenced by the kind of food-and-cocktail consciousness seldom associated heretofore with the U.K., let alone Northern Ireland.

On Aug. 31, 2015, which was his 70th birthday, Van Morrison performed two shows in his hometown: Belfast. Hundreds of fans traveled thousands of miles for the concerts staged on Cypress Avenue, the leafy residential street immortalized on Morrison’s classic 1968 album Astral Weeks. Their reward, if they arrived a few days early or lingered after this culminating event of Belfast’s annual Eastside Arts Festival, went beyond Morrison’s 90-minute, career-retrospective sets. They discovered a city of 333,000 that’s on the rise as a travel destination, evidenced by the kind of food-and-cocktail consciousness seldom associated heretofore with the U.K., let alone with the capital of Northern Ireland.

Abundant natural beauty surrounds the city: After all, it’s the northwestern knob of Ireland, which is one of the world’s greenest islands. Short drives take you to the nearby Craigantlet hills and Mourne Mountains, or winding through the rolling sheep pastures of County Down to the storybook fishing village of Ardglass, where you’re likely to cross paths with locals who acted as extras or the dogs that played the dire-wolf pups in season one of Game of Thrones, part of which was filmed nearby. And few coastal attractions anywhere rival the arduous, daredevil walkways of the Gobbins Cliff Path, built in 1902 and refurbished in 2015, or the otherworldly geology of the Giants Causeway, with its natural six-sided basalt columns that look like sculptured pilings, rising from and leading back into the sea. 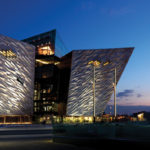 But in recent years, Belfast has made it harder for visitors to find reasons to venture beyond the city limits. It starts with the Titanic Experience Belfast, an interactive museum housed in a dramatic four-prowed building clad in rippling shards of gleaming steel and resembling a “cootie-catcher” origami that could have sprung from Frank Gehry’s imagination. Launched in 2012, it brings to life not only the building and launching of the ill-fated behemoth ocean liner, but also the history of Belfast’s industrial revolution, working-class life, and early 20th-century society and culture. Plan to spend at least two hours roaming the interpretive galleries, taking a ride through a simulated working shipyard, “touring” the Titanic, and reliving its maiden and final voyage.

It’s estimated that 150,000 or so of Titanic Experience’s annual visitors come from outside Northern Ireland. It’s safe to say none of them come for the weather. Not so long ago, you could have said the same about the food. But paralleling the Republic of Ireland’s heralded Good Food movement, Northern Ireland has its Love Local advocates and practitioners of seasonal, organic, and sustainable farming and cooking. The best place to start experiencing this culinary revolution is in Belfast’s St. George’s Market, a 19th-century brick building that groans, especially on Saturdays, with stalls proffering breads, pastries, cheeses, freshly butchered meats and sausages, and a surprising range of produce, locally roasted coffees, and blended teas. Don’t leave without tasting Young Buck, Northern Ireland’s first raw-milk blue from Mike’s Fancy Cheese. 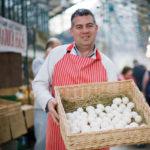 If you sign up for one of Caroline Wilson’s Belfast Food Tours, you’ll meet several of the market’s premier purveyors and walk around the corner to the cozy subterranean shop Co Couture, where chocolatier Deirdre McCanny makes and sells international-award-winning confections. You’ll hit several other foodie hotspots as well, and learn all about meat merchant Peter Hannan, whose Himalayan-salt-aged beef is all the rage among U.K. gourmands. The proof is in the protein, so order a Hannan rib-eye at one of the city’s extraordinary meat-centric restaurants, such as Deanes Meat Locker or the Bar + Grill at James Street South.

A week might not be long enough to eat your way through the dining options that also include Howard Street, the Terrace at Robinson & Cleaver, the Barking Dog in East Belfast, Mourne Seafood Bar, and two 2016 Michelin star winners: Alain Kerloc’h and chef Stephen Toman’s OX, and Michael Deane’s Eipic. You must also make time for a pint or two at Kelly’s Cellars, a pub built in 1720 and barely changed since, and tipples at the Duke of York and the Merchant Hotel, the two bars that spawned New York City’s The Dead Rabbit, anointed “World’s Best Bar 2015.” 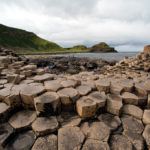 If your mental image of Belfast is shaped by impressions of the violent sectarian “Troubles” that plagued Northern Ireland until the 1998 Good Friday Agreement, you can explore the legacy along the “peace walls” that still stand between some Catholic and Protestant neighborhoods. You could do worse than let Lynn Corken be your guide to the fences and murals. As an unabashed “Vanatic,” she also conducts pop-music tours embracing the history of the local punk scene—whose heroes include the Undertones and record-store and label kingpin Terri Hooley—and enrich your journey along Mystic of the East: The Van Morrison Trail, complete with smartphone downloads of song snippets that relate to such stops as the Hollow, Hyndford Street, and, yes, Cypress Avenue. Who ever suspected Belfast would see “Days Like This”? 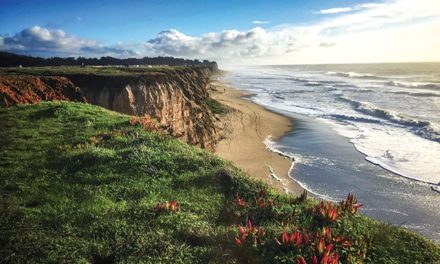 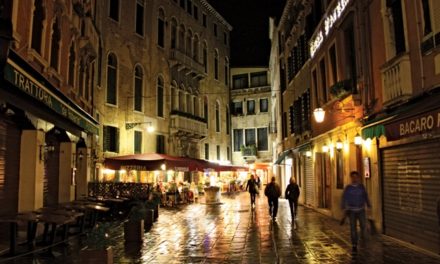 Make Venice Your Own 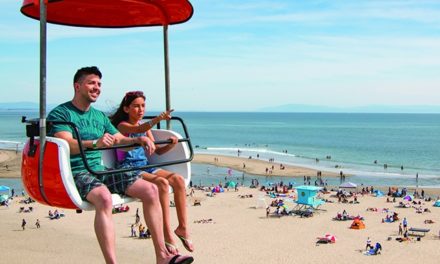 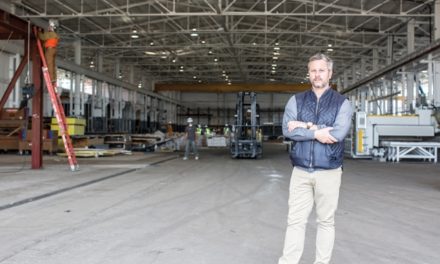