Touring the Center of Hamburg 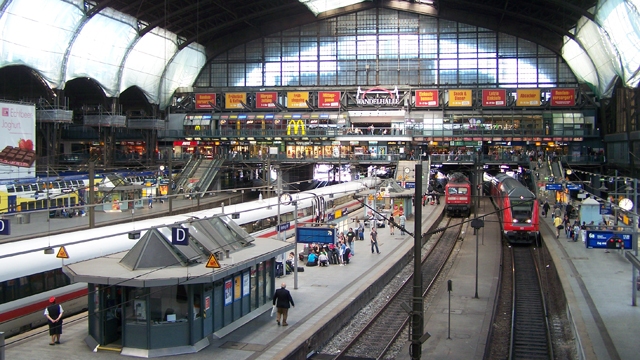 Holidays, especially abroad, are always too short, and large groups or families often find it difficult to do everything everyone wants in a limited time. A city in which old and new are interspersed, Hamburg, Germany—built in the ninth century, reshaped by World War II, and now Europe’s second-largest port—solves that problem by offering sights and sounds for all.

A walk of only 7 kilometers—just over 4 miles—circling through the canal-crossed sections of Hamburg encompasses more history, food, museums, perspectives, and experiences than any vacation could fully contain.

Immediately in front of the centrally located station is Mönckebergstraße, a famous pedestrian walkway known for its department stores and international brands.

Those with more green on their thumbs than in their wallets can, instead, head west toward Planten un Blomen. As this urban park stretches 110 acres southward to the docks on the Norderelbe river, each turn reveals a surprise: rose, Japanese, Mediterranean, and medicinal herb gardens, plus an outdoor roller rink, a giant chess set, playgrounds with interactive water features, outdoor concerts, cultural festivals, and a water-light show in a lake. 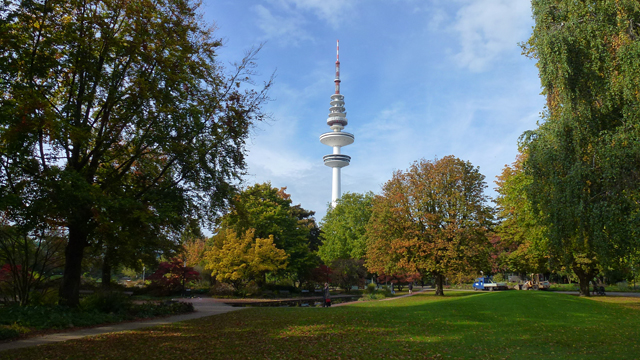 While restaurants, cafes, and sweet-treat kiosks line its gardens, Planten un Blomen is also the perfect spot to unpack a picnic. With locations throughout the city, Schanzenbäckerei defies its humble deli exterior with excellent salads, cooked-to-order pasta, and sandwiches on rolls—such as the sesame-, sunflower-, flax-, and pumpkin-seed studded Schanzeneck—revealing a depth of flavor all their own.

On Planten un Blomen’s southern border rests the Museum für Hamburgische Geschichte, or the Hamburg Museum, which explores the city’s long history. The truly museum-minded can continue on to HafenCity, the harbor district, where old warehouses perched atop the water hold nearly a dozen museums devoted to art, automobiles, maritime traditions, artifacts, and cuisine, which ranges from coffee and chocolate to spices and food additives.

Miniatur Wunderland offers a truly unique panorama as the world’s largest model railway, with 215,000 figurines and 930 locomotives spread across 1,300 square meters. As 335,000 lights throughout its tiny cities dim and brighten to simulate night and day, adults can search Germany, Scandinavia, and America for hidden tableaux: underground fairies, a flasher, and a crime scene with a floating corpse. Kids love the interactive features and the miniature Knuffingen Airport, where flights take off into the clouds, crystallizing this wonderland’s magic. 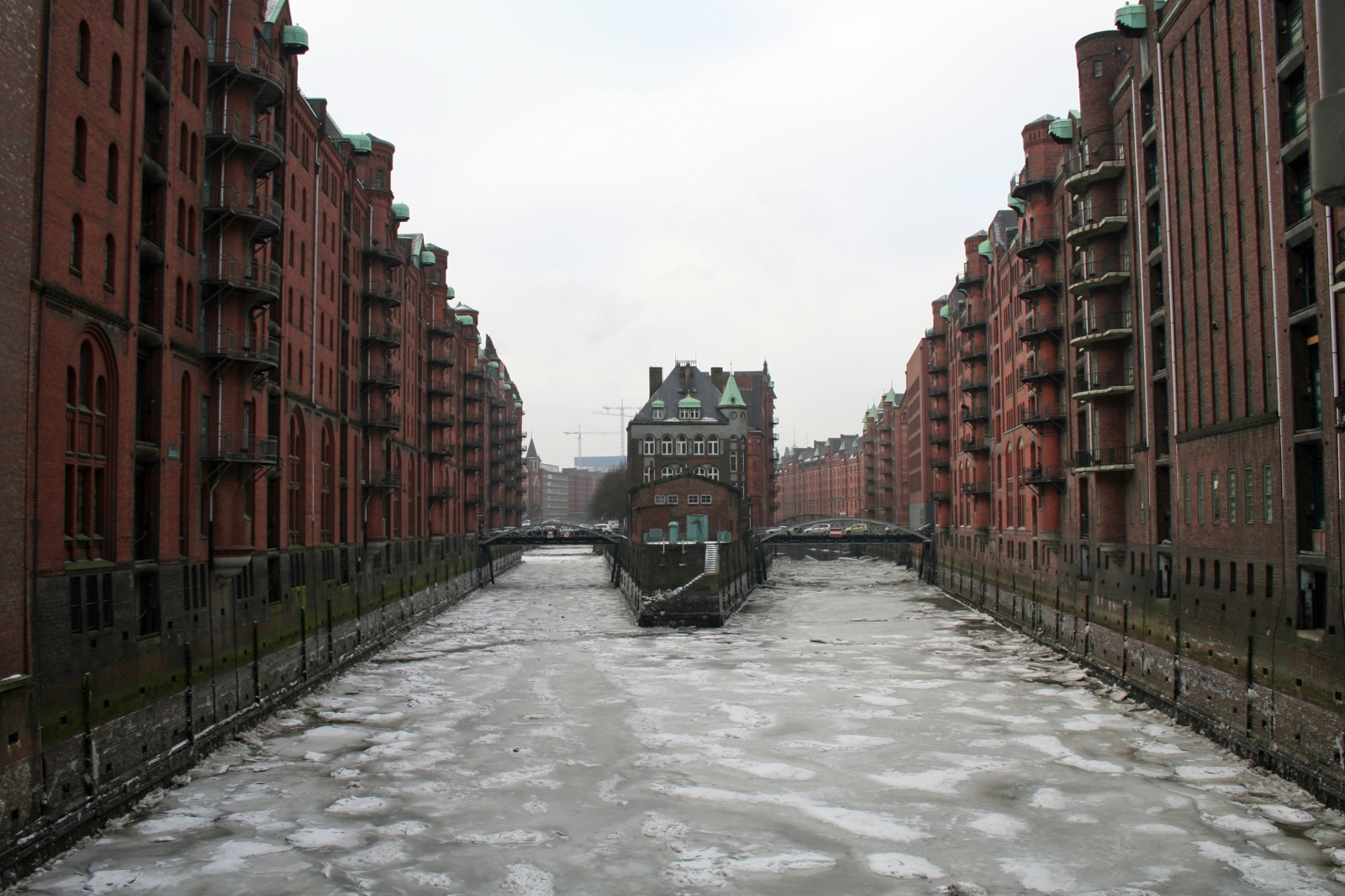 But you’ll surely want to spend more than just one day in Hamburg. To set up base camp, the young and hip head to 25hours Hotel Hamburg HafenCity, for its tongue-in-cheek nautical theme, offbeat lounges, and lobby bookstore.

More traditional Western lodgings await at the Renaissance Hamburg Hotel on Große Bleichen—where trendy professional attire flits and scurries between banks, galleries, and fashionable shops—at the center of the four-mile circle. Its buffet breakfast of cheeses, fruit, breads, omelets, sausages, smoked salmon, pastries, and Champagne is hardy fuel for a day of walking.

Duske & Duske, a small storefront around the corner from the Renaissance Hamburg, serves Havana cigars, coffee, and port in the most delightfully respectable manner. Truly, the perfect pick-me-up to drag the jet-lagged out of bed and carry the holiday into the night.

After the daily 09-17, many businesses around Große Bleichen quickly close up shop.

At night, as you meander in a maze of foreign street signs, far-off scatterings of laughter and conversation become a guide, audible bread crumbs leading you to restaurants and galleries.

Outside Cotton Club, a corner jazz bar, an invitation drifts streetward from the sunken threshold.

Inside, the beat swings down an all-around short hallway that opens onto a packed house surrounding a piano and a crooner. Faded jazz posters, empty bottles, and brass instruments cover the walls. Theater seats, two-tops, and stools litter the worn floor, swaying barflies filling in the gaps. From the tips of his shoes, up through his suspenders, and down the crest of his glistening brow, the jazz man is pouring everything he has into a Ray Charles song: “No, she don’t mess around. No, she don’t mess around.”

The crowd’s enthusiasm is muted by a multitude of beers, but a dozen different beats clap, snap, and tap, growing along with the music. The whole room is swinging, but that might be structural. The crescendo builds, music and merriment alike swirling around the warm, beer-soaked air, before releasing into cheers and raised glasses. There’s some banter, in German, and the crowd laughs but the melancholy is unmistakable. Last call.

Back in the crisp night air, one final song wanders down the empty streets. The notes fall silent and the Cotton Club empties as quietly. For one moment in Hamburg, there’s nothing. 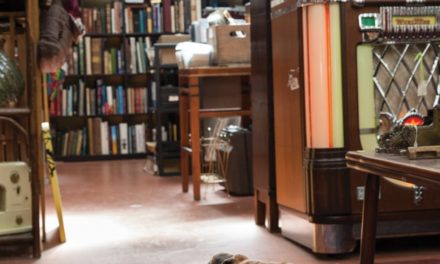 Charming Benicia is Just a Bike Ride Away 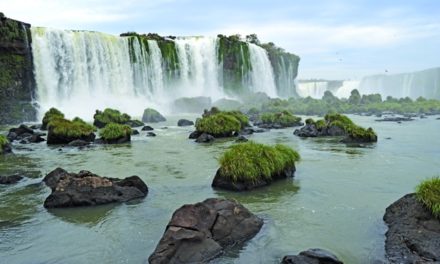 Meet the Other Brazil