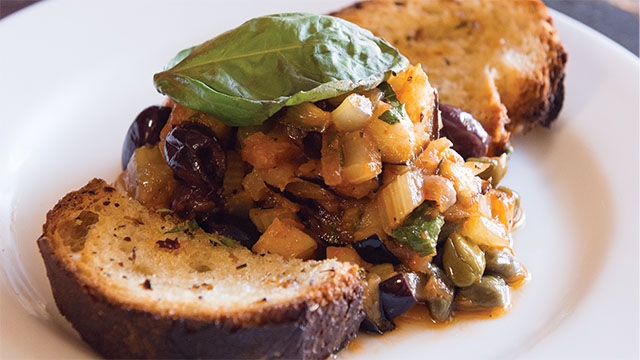 They’re trickier than they look. Beautiful and shapely from the outside, eggplants if not treated carefully can be mushy, bitter, or unforgivingly absorbent to the point of soaking up your best-intentioned ingredients into a spongy, unwieldy mess.

If done well, however, the appeal is obvious. The meaty flesh is mild and sweet and can be used in a variety of ways — often as a meat substitute — in dishes ranging from light Thai curries to hearty Italian Parmesans. One of the problems, says Jenna Muller of Full Belly Farm, is that the larger Italian-style globe varieties familiar to many Americans from big supermarkets are particularly susceptible to mistreatment.

A little bit of acid (like lemon juice) or garlic, she said, can bring out a delicate, nutty flavor, while some simple tricks, such as searing it at a high temperature to seal in the moisture or just adding it at the very end of the cooking in, say, a stir-fry, can prevent mushiness. Another trick: Salting eggplant for at least five minutes and then letting it air dry helps to draw out excess moisture.

There are myriad different kinds of eggplant, and it’s worth exploring which you prefer. At Full Belly in the Capay Valley, six varieties are grown, including smaller Italian versions and some longer, skinnier Asian varietals such as Japanese eggplants that can often be sturdier and more flavorful than the globes. Available into October, Full Belly harvests eggplants to order. They’ll last no longer than a week in the refrigerator if bought fresh.

That temporal quality is partly what makes the caponata recipe, a customer favorite at Trattoria La Siciliana and Agrodolce in Berkeley, so appealing. One of the Sicily’s signature dishes, caponata is basically brined in salt, sugar, and vinegar and therefore can keep for months in the refrigerator. In Sicily, says the restaurants’ co-owner and chef Angelo D’Alo, it’s a staple condiment found in nearly every household.

“It’s kind of like in the American kitchen there’s always a bottle of ketchup,” D’Alo says. “In Sicily, there’s always caponata in the refrigerator. People make pounds of it at a time. You can put it on toast, make a sandwich out of it; it’s good for breakfast. When you go to the beach, people put it in some Tupperware and munch on it all day. It’s a power food.”

For his recipe, D’Alo uses baby purple Sicilian eggplants, which are smaller and sweeter with less acidity and seeds, but you can substitute any globe. He recommends salting the eggplant for a minimum of 20 minutes to leach out any bitterness and excess water before rinsing. The mix of add-ins combine for a complex balance of sweet, salty, sour, and bitter that perfectly exemplify Sicilian’s agrodolce, or sweet-sour, culinary philosophy.

½ stalk celery washed and finely minced, blanched in 2 cups of water (save the water after blanching)

Cool down and refrigerate for 4 hours. Served chilled on crostini. Serves 10. 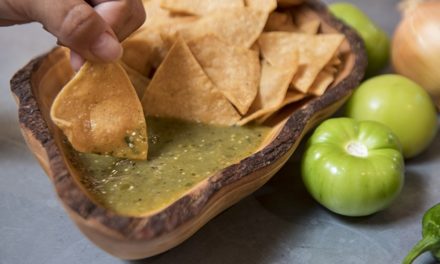 A Recipe for Tacubaya’s Tomatillo and Jalapeño Sauce 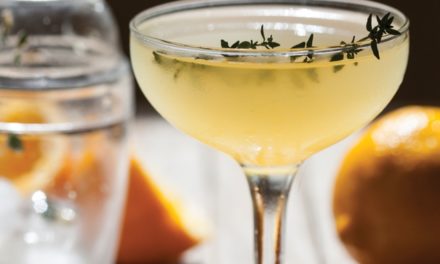 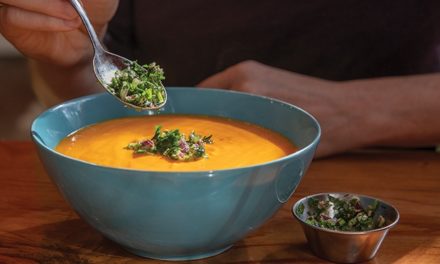 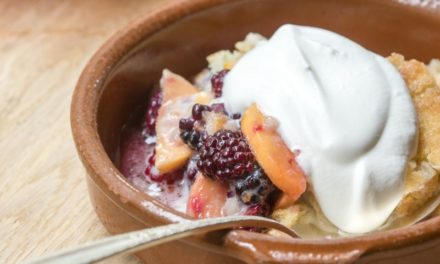