What to Drink in the East Bay Without Getting Hammered 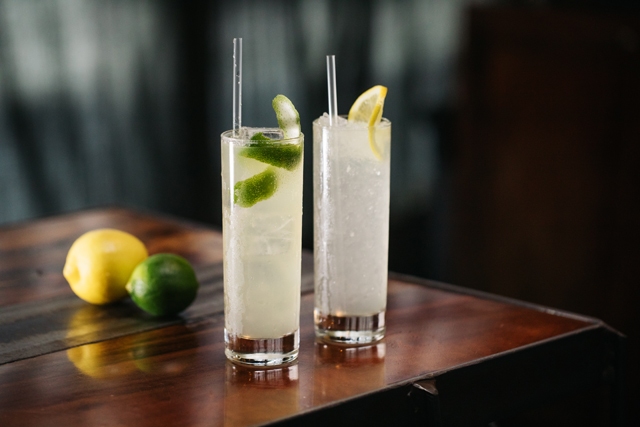 The Shiso Spritz and Normandy Highball at Prizefighter.

Follow this guide to 16 worthwhile low-alcohol cocktails on restaurant and bar menus in Oakland, Berkley, Alameda, and Emeryville.

Every few years, trendspotters announce low-alcohol drinks as the Next Big Thing — but they’re not. Even a century ago, the first cocktail recipe books featured low-alcohol tipples. Neither new nor passé, low-proof mixed drinks have assumed a permanent position in the cocktail pantheon, and it’s time to celebrate that.

This is a guide to 17 low-alcohol cocktails on East Bay drink menus — and we need a list, since even after all these years, there’s no universally agreed-upon term for this kind of drink.

“Low-alcohol cocktails” is blunt and accurate, but clumsy. Bartenders often call them “low-ABVs,” denoting “low alcohol-by-volume,” but this technical-sounding acronym may be unfamiliar to ordinary folks. In 2008, frustrated by this linguistic deficit, cocktail writer Dinah Sanders coined the term “shims” for drinks that “prevent you from becoming wobbly,” like a carpenter’s shim wedged under a table leg. Sanders’ neologism is slowly creeping into California bar-lingo.

“Session cocktails,” a term more popular on the East Coast, is a back-formation from “session beers,” so-named because their low-alcohol content allows people to drink one after another in all-night sessions. “Sessionables” is another regional variant on the same concept. Atlanta bartenders call low-alcohol drinks “suppressors” for some reason, while the British pub chain Be At One dubs them “Virtuous Cocktails,” a play on “virgin cocktails,” the old term for alcohol-free drinks. “Lowtails” appears occasionally on menus, sometimes in conjunction with “mocktails” (denoting zero-alcohol mixed drinks), but it’s not nearly as popular as it should be.

“Loopholes” is gaining ground, derived from restaurants that possess only beer-and-wine licenses and thus which can’t serve hard liquor, but exploit a legal loophole by mixing clever drinks spotlighting exotic aperitif wines. Low-alcohol/low-calorie drinks are sometimes dubbed “skinny cocktails,” though the term is falling out of favor. “Low” is the prefix of choice these days, with “low-proof,” “low-octane,” and “low-impact” cocktails all on the rise.

You’ll find all 13 of these terms — and several others besides — on East Bay cocktail menus, with absolutely no consensus on which is correct, or even most popular.

Jay Crabb, an experienced bartender and currently beverage director at Emeryville’s Paula LeDuc Fine Catering, concurs: “Sessionable, low-ABV, low-proof, shim … I see all of these on a regular basis. There’s no one term.”

Nomenclature aside, Crabb relishes the challenge of low-alcohol mixology.

“I find myself getting more excited and being more creative when tasked with crafting a sessionable cocktail. I still want the drink to look, act, feel, and taste like a cocktail that has a spirit base. Just because you’re drinking a cocktail without spirits doesn’t mean you can’t have a delicious, balanced, well-made drink.”

Spritzes are a thing at Gio’s Pizza and Bocce.

“Gio’s cocktail program is very focused on low alcohol, in particular spritzes,” said bar manager Nick Stolte. “We take the time to develop unique low-alcohol spritz recipes, and then fill up 5-gallon kegs with them, which we charge with CO2; we then dispense the whole batch like soda water.”

Gio’s spritzes are all made from high-end Italian aromatized aperitifs, along with seasonal house-made exotic syrups.

“We then add a small amount of liquor to give it a little bit of backbone, but still low-ABV,” he said. “Low-ABV cocktails are a big movement nowadays, getting hotter and hotter.”

Of the five house-kegged spritzes, the most astonishing is the Celery Peppercorn, comprising a new floral vermouth called Carpano Bianco; a dash of the spiced Scandinavian spirit aquavit; an unusual cinchona bark-, orange peel-, and wormwood-infused Swiss aperitif wine called Kina l’Aero d’Or; sweetened with a house-made celery-peppercorn shrub; and then charged with carbonated water. You may never go back to hard liquor again. Gio’s Pizza and Bocce, 2420 Shattuck Ave., Berkeley, 510-647-9963, GiosBerkeley.com

Trabocco Kitchen and Cocktails takes locavorism so seriously that it extends to the drinks menu: Not only are the house wines from Alameda’s Rockwall Winery, but all the signature cocktails are fashioned from spirits made by Alameda’s homegrown distilleries: Hangar 1 and St. George Spirits.

Maitre d’ Maggie Romero attests, “We try to keep things local, and only use Alameda products wherever possible.”

The Alameda Royale is a simple affair, and that’s all it needs to be: St. George Raspberry Liqueur with prosecco on top — intense and bright, rich yet sparkling. Trabocco Kitchen and Cocktails, 2213 South Shore Center, Alameda, 510-521-1152, Trabocco.com 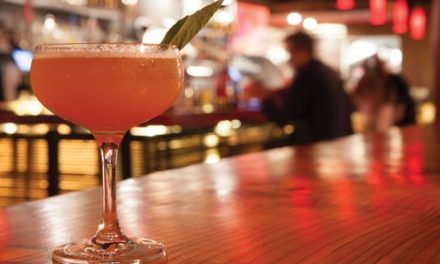 Sold on the Bait & Switchel 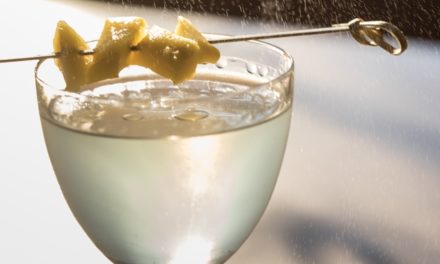 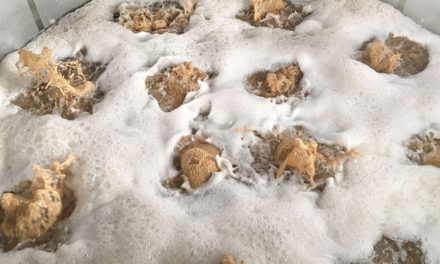