What’s a Middle School Parent to Do? 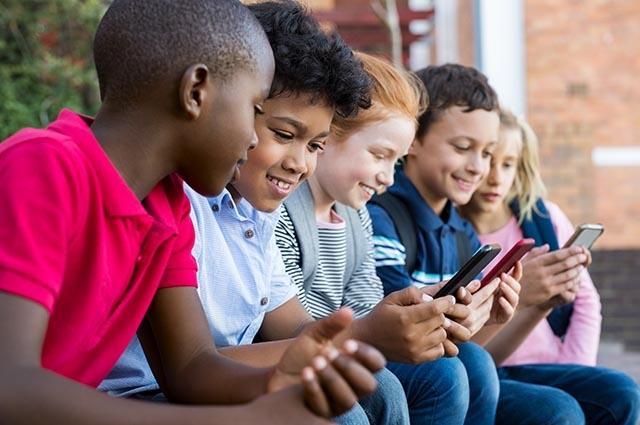 Some parents are waiting until eighth grade to let their kids have smartphones.

My best friend recently joined a group of middle school parents, all of whom vowed to curb their sixth-graders’ use of social media by promising not to give them smartphones until they are in eighth grade.

My best friend recently joined a group of middle school parents, all of whom vowed to curb their sixth-graders’ use of social media by promising not to give them smartphones until they are in eighth grade.

This group of Pacifica parents is actually modeling their behavior on a growing national movement called “Wait Until 8th.” My friend thought it would be a lot easier to say no to her 11-year-old son if none of his friends could have smartphones either. So, she and a bunch of like-minded parents got together in someone’s living room one evening and signed a pledge saying that they’d stay strong and resist getting their kids a smartphone — complete with Instagram, Snapchat, YouTube — until the year before high school. Instead, they would get their kids “dumb phones,” with just the basic calling and texting abilities in case they needed to reach them for emergencies and standard communication.

Wait Until 8th was started by Brooke Shannon, a mother of three in Austin, Texas, in 2017, who got frustrated, among other things, after watching children in first and second grades walking out of school, eyes glued to their smartphones.

So she emailed about 20 parents at her daughters’ school to band together and resist the “everybody has a smartphone” cry, and create a united parental front. Today, 20,000 families around the country have signed this pledge, Shannon said. There are some Bay Area connections, too. Dr. Richard Freed, a father of two who lives in Walnut Creek, sits on the group’s advisory board. He is a child and adolescent psychologist and author of the book Wired Child: Reclaiming Childhood in a Digital Age.

The numbers seem to show that depression and smartphone use are somehow connected. Between 2010 and 2015, the number of U.S. teens who felt the classic symptoms of depression surged 33 percent in large national surveys. Teen suicide attempts increased 23 percent. Even more troubling, the number of 13- to 18-year-olds who committed suicide jumped 31 percent, notes Jean Twenge, professor of psychology at San Diego State University, in an article on The Conversation. At the same time, according to the Pew Research Center, smartphone ownership crossed the 50 percent threshold in late 2012 — right when teen depression and suicide began to increase. By 2015, 73 percent of teens had access to a smartphone.

While conducting her research, Twenge noticed that teens spend much less time interacting with their friends in person, they are sleeping less, and many of them are on their phones too much.

It’s these compelling anecdotes that often offer the most persuasive arguments to hold off on the technology. A mother wrote this “Dear V, You Are Not Getting a Phone,” letter to her daughter on the Wait Until 8th website. Here is an excerpt:

“It is so important to your father and I that you learn to navigate the real world first. Don’t get me wrong, it sometimes saddens me to watch you with your friends. You are the only one without a phone in your hand. You all laugh and giggle at funny pictures or videos and, truth be told, I honestly sometimes question if we made the right decision. Am I making you lonelier being the only kid left out of group chats? Am I making you an easy target for bullies next year in middle school?

I think about how much easier it would be to just say yes! Gosh darn-it, let’s do it! Let’s go buy the iPhone 8! Is that what they all have now? You finally will stop bugging us every holiday for a phone. We can be “friends” on Facebook and Instagram so you can “like” or “love” the awkward child photos I post of you for all of cyber world to see. I can keep up with your social life by viewing your posted photos and videos on Snapchat and TikTok. You can literally be anyone you want to be in the cyber world.

But my biggest fear is that as time goes by I will have “lost” my daughter. What do I mean by lost, you ask? I mean that doesn’t even make sense, right? You would literally be so accessible that we could communicate 24/7. But what happens if we are in the car, and I want to actually talk to you? What happens if I want to get to know your “friends?” What happens if your phone is dead and you get lost when you’re driving? Would you know how to ask for help? What happens when you meet a boy that wants to ask you out? What happens if that boy breaks your heart or you break his? Will you just text him the news because it is easier that way? What happens if you get so caught up in a text conversation on the subway that you don’t even realize you’re all alone on an empty train?

I see how out of touch you feel from your friends and God bless you, you always just laugh along with the funny texts or photos they show you. Your friends must speak in a language that you don’t even understand. This is not a punishment or to torture you, although it must feel like that. Our purpose is so much bigger than that and something you won’t understand until you are much older …

… This is about learning to maneuver through your childhood not dependent on anything but yourself. Sometimes that means making mistakes that can be “deleted” and learned from. Trying new things that involve all your senses. Communicating to others the way nature intended us to. We want you to see beyond the facade that social media has created for your generation. To be able to differentiate what is reality and what is not, so that your journey in life is your own and that the path you follow is built on your character.  I can promise you that.”

Wait Until 8th isn’t the first or the only resistance to technology. On the website Getting Smart, author Rachel Wigglesworth describes creating a Technology Pact for her family. She made her pact public so that families across the globe could download it and use it for themselves. She stressed that everyone’s family should come up with their own set of rules and that the children should be an integral part of the pact-writing process. She also emphasized that she and her husband are not against technology; they simply want to figure out best how to incorporate it, and find balance, into their lives.

And this is where my parenting differs from the parenting choices above.

I am a big believer in balance. I have rarely, if ever, banned anything from my children’s lives. I know they’ve tried things they shouldn’t have (think weed as just one example), but I never banned them from doing these things. I just feel if I say no, the rebellion will set in, and their behavior will actually be worse. The end product of the non-ban is that they know they can talk about doing these “bad” things with me and they won’t get in trouble.

They have also become “addicted” to their phones and video games for a length of time. But they also have learned to self-moderate, realizing that they didn’t want to spend all their time online, preferring to mix it up by using some social media, but also playing sports, hanging out with friends, and listening to music. They did this all on their own, since I never cracked down very hard. I just talked about and modeled a balanced lifestyle, and they in turn, figured it out, too.

I completely respect a smartphone ban and rules restricting its usage. And to be honest, perhaps I wish I had been stronger or stricter on these issues. There are points, especially when my son was playing Fortnite five hours a day, that I questioned my lax attitude toward technology. (I did make him turn the game off an hour before bed. And about six months ago, he decided to go cold turkey, selling his video game account, and now, he spends two hours a day at the gym instead.)

But here’s what I have learned by giving my children, now 14 and 17, access to technology — and the world — at a younger age. (Both got smartphones in sixth grade.)

By giving my daughter access to social media at that age, I was able to monitor, supervise, guide, and discipline her usage. Once, I saw that she had screenshotted a National Geographic image of the Grand Canyon and posted, “what a great family vacation.” We had not gone to the Grand Canyon and that certainly wasn’t her picture. Because she was the age where I still had “control” of her and her phone, I gave her a swift and strong lecture about plagiarism and lying about fancy trips to impress her friends. She then became an evangelist, teaching her friends that it was wrong to steal photos from other people’s sites, something that everyone had been doing.

Another time, one of her friends posted something snarky about her on Instagram. They were both 11 or 12. (Honestly, I have no idea what it said.) What I do remember is that after she complained to me about what her friend said, and I saw her fingers in the typing mode, I immediately stopped her and talked to her about the dangerous rabbit hole of fighting online. I role-played with her about what she could say to her friend IRL (look that up parents).

In the end, she and her friend had a human exchange on the phone and everything ended up working out. I don’t think my daughter would have listened to me in eighth grade like she did in sixth, and I feel that I was able to mold her social media usage because I inserted myself into this digital world when she was younger and more receptive to my guidance. 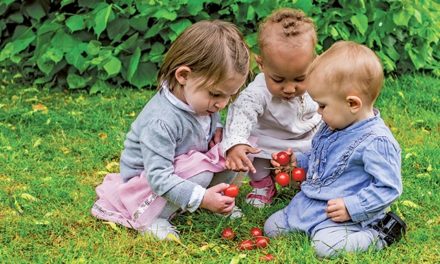 Child Care Could Get Easier for California Families 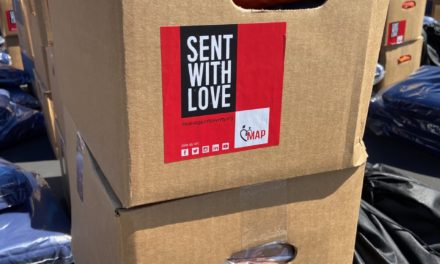 In Alameda, Moms Against Poverty Are “Filling the Need” For Disadvantaged Communities 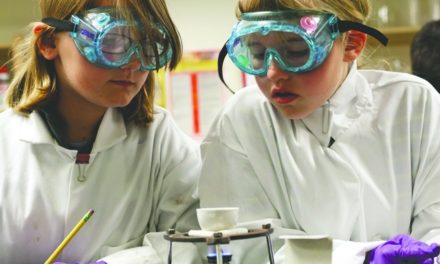 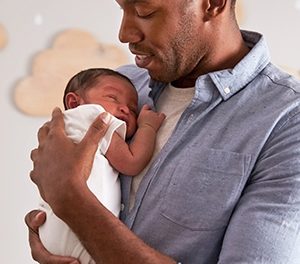